SORRENTO, Fla. – The Winter Series made its final stop of the season this week at RedTail Golf Club. Paul Tesori took home the win the Mid-Amateur Division on Tuesday, while Joe Shaktman were victorious in the Senior Division and Bobby Lundquist captured the Super-Senior Division.

With the 2019-20 Winter Series season coming to a close, Tesori, Shaktman and Doug LaCrosse were named the Winter Series Points Champions. Tesori and LaCrosse earned the titles for the second-straight season, while Shaktman picked up the honor for the first time.

Tesori used a 1-under 143, the only under-par score in the tournament, to earn the win in the Mid-Amateur Division. The Ponte Vedra native posted a 73 on Monday, with an eagle on the par-5 second hole. He sat in second place, two shots back of the first-round leader, Chris Solomon.

Starting on the 14th hole, Tesori began the final round with a birdie. He pulled ahead of Solomon and into first place with a birdie on the seventh hole. Solomon carded three-straight bogeys on Nos. 6-9 to give Tesori a three-shot lead. Tesori added a birdie on the 12th to extend his lead to five shots.

Capturing his second Winter Series win of the season, Tesori shot a final-round 70. This victory moved him to the top of the Mid-Amateur Points List, earning him exemptions into the Amateur and Mid-Amateur Championship to be contested later this year.

Solomon took home a second-place finish at 3-over 147, while Christopher Anderson finished third at 5-over 149.

Shaktman captured a wire-to-wire win in the Senior Division, posting a 2-under 142 for the week. The Coral Springs native fired a 69 in Monday’s first round, the low round of event, to hold a five-shot lead over the field.

Starting on the 10th hole, Shaktman began the day with a bogey, but birdied two of the four final holes to close out his first nine at 1-under. He finished the day with a 1-over 73 to secure the five-stroke victory.

Tom Myers finished second at 3-over 147, with Walter Himelsbaugh finishing four shots back at 7-over 151.

Lundquist fired a 3-under 141 to capture the win in the Super-Senior Division. The Sanford native used a first-round 71 to sit at the top of the leaderboard with Robert Cunningham and Steve Sponder.

Starting on the fourth hole, Lundquist started the day with a bogey-free first nine. He added three birdies on his back nine to card final-round 70 to earn the win.

Kim Schwencke took home a second-place finish at 2-under 142, shooting a final-round 68, while Cunningham finished third at 1-under 143. 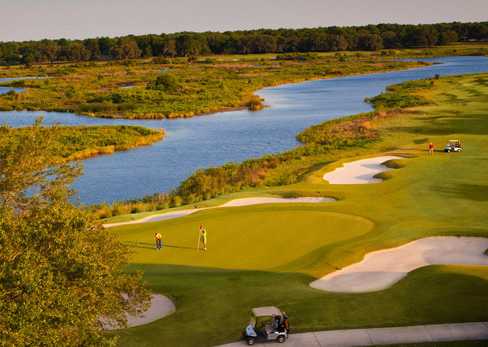 Practice rounds are available one week prior to the event on a space available basis and are restricted to after 12:00 PM on weekends.  To arrange your practice round please call the club at 352-383-5692. The cost of a practice round is $40 plus tax.