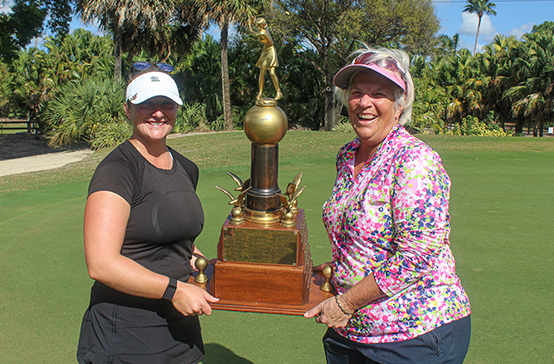 TAMPA, Fla. – Noelle Maertz and Sherry Herman raised the first trophy of the 2021 championship season at the Women’s International Four-Ball Championship. Maertz and Herman survived a playoff to capture the victory on Thursday at The Wanderers Club.
This is the first FSGA victory for Maertz and the second for Herman, who won the Women’s Senior Amateur Match Play in December.

Maertz and Herman finished Wednesday’s first round near the top of the leaderboard, finishing the day with a 3-under 69. Maertz got the team off to a hot start in the first round, carding three birdies on the front side, while Herman added a birdie for the team on the back nine.

Heading into the final round, the duo sat one shot back of Sophie Simon and Bailey Davis, who posted a first-round 68.

Maertz and Herman got off to a hot start in the final round with four birdies on the front nine, including back-to-back birdies from Maertz to close out the front side. Their only hiccup of the day came with a bogey on the 11th, but they quickly rebounded with a birdie on the next hole.

They fired a 5-under 67 on Thursday, the low round of the championship, and finished the round in a tie for first place with Simon and Davis at 8-under 136.

The four players headed to the first playoff hole, the par-4 18th, where all four finished with a par. On the second playoff hole (10th), Herman and Maertz both missed the green, while Davis hit her second shot to 10 feet.

Herman stepped up to her third shot and chipped it in for birdie from 30 yards, leaving Davis with a must-make putt for birdie. Davis missed the 10-foot birdie putt, securing the victory for Maertz and Herman.

In the Middle Division, Kristen Henderson and Jenny Ceppi took home first place, carding a 3-over 147 for the week. Kimberly Byle and Christine Martin captured the Middle First victory with a 8-over 152.

Please join us for the 74th Women's International Four-Ball to be conducted at one of the finest clubs in Palm Beach County and the last stop on the Orange Blossom Tour. 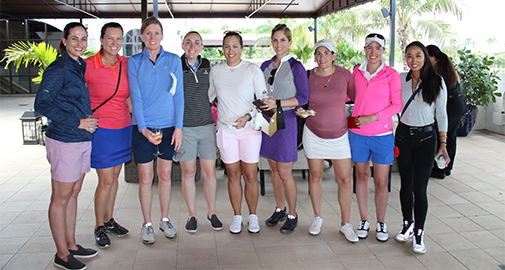 Entry fee includes all competitive rounds of golf, tee gift, breakfast before and lunch after both Wednesday and Thursday's rounds, and gift certificate prizes. Late entries will be accepted subject to a $10 late fee should the team gain acceptance into the field. 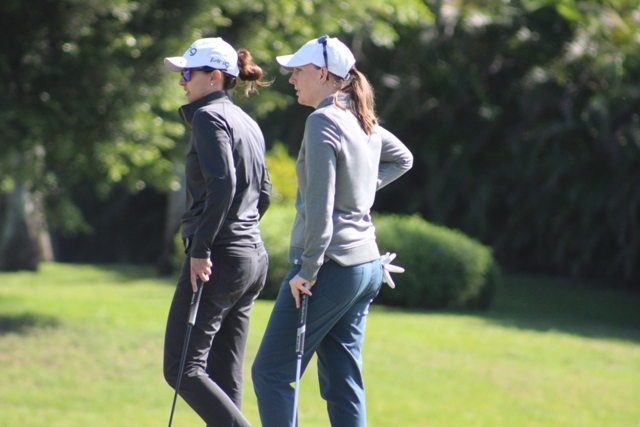 How Entries are Classified

How Entries are Processed Partner changes will be accommodated following these guidelines:

Teams must select their division at the time of entry:

The Middle Division will be pre-flighted based on combined team handicaps.

Generally, divisions of more than 12 teams will be pre-flighted. Flights will be based on the number of teams and the range of combined team handicaps.

For the second-straight year, Ina Kim-Schaad and Meghan Stasi raised the trophy at the Women’s International Four-Ball Championship. Kim-Schaad and Stasi survived a playoff to capture the win on 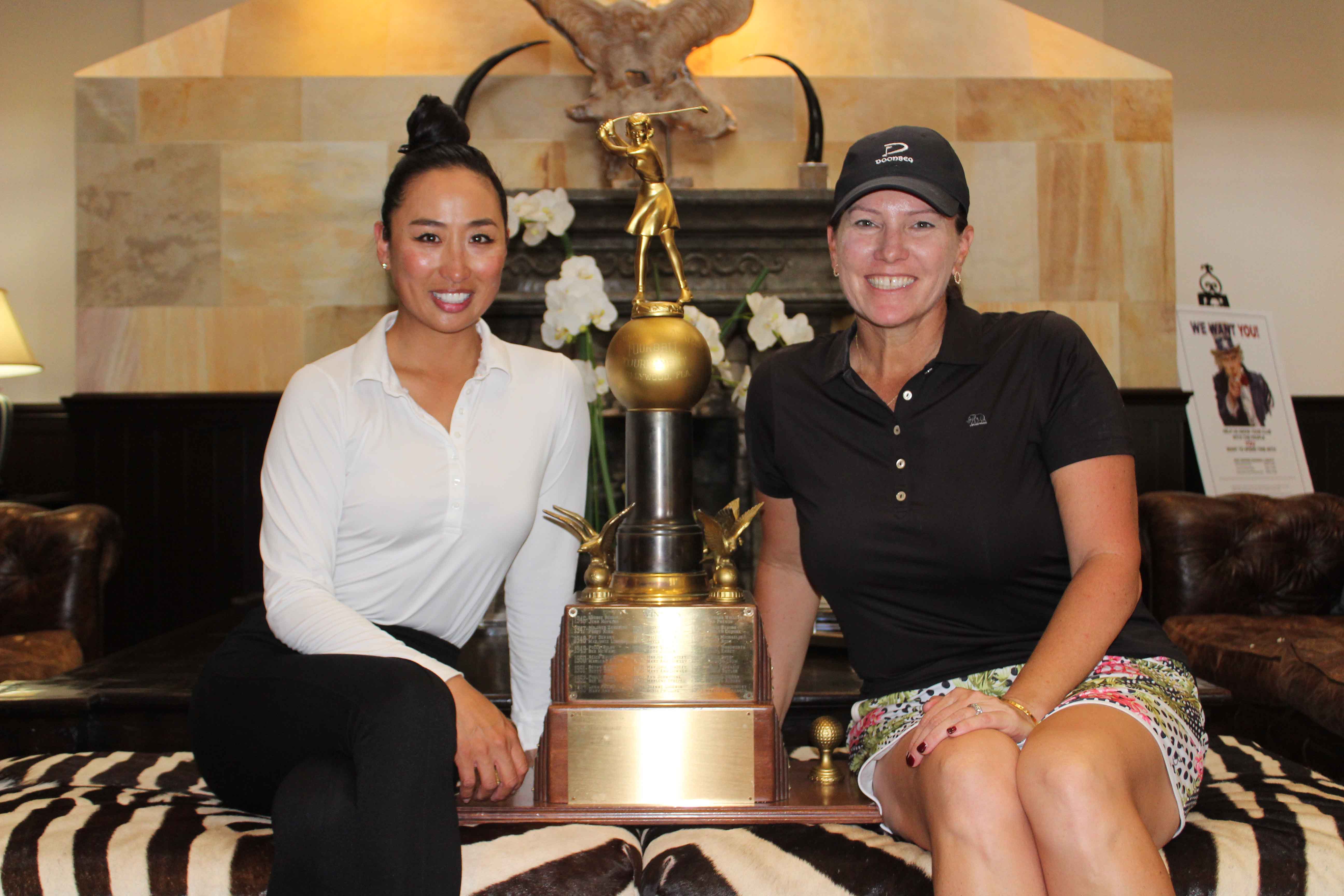 Thursday at The Wanderers Club. This is Stasi’s sixth International Four-Ball victory and Kim’s second.

Two teams were tied at the top of the leaderboard following the first round on Wednesday. Kim-Schaad and Stasi and the team of Tara Joy-Connelly and Dawn Woodard posted a 4-under 68 in the first round. Thirteen players sat within five shots of the lead heading into Thursday's final round. Stasi started the day with a birdie on the first hole. The duo posted an even-par on the front nine, carding their only bogey of the tournament on the third hole. Both Kim-Schaad and Stasi added a birdie on the back nine to finish the final round with a 2-under 70. Click here for previous year's results.

As the fourth championship in the Orange Blossom Tour that includes the Harder Hall Women's Invitational, the South Atlantic Amateur (SALLY), and the Ione D. Jones/Doherty Championship, the Women’s International Four-Ball carries a tremendous amount of history and prestige. First conducted in 1945 by the Jaycees of Hollywood, Florida, the early championships included the names of Babe Zaharias, Louise Suggs, Peggy Kirk-Bell, and other notables.