Xiaolin Jones captured the overall victory of the Middle Division as well as the Middle First Flight victory on Sunday with a 36-hole net total of (-3) shooting rounds of 71-70. Jones carded six net birdies and two gross birdies over 36 holes securing the win by four strokes over Christine Martin. Martin finished second overall with a 36-hole total of (+1). She carded rounds of 75-70 with four net birdies, two net eagles, and two gross birdies over 36 holes.

Although Christine Martin finished second in her division, she secured the win of the Middle Flight over Nicola de Stwolinska. Martin and de Stwolinska tied with a net total of (+1) over 36-holes, but using the USGA method of tie-breaking, Martin won by one shot after shooting a net 35 on her final nine holes.

Jennie Taylor won the Forward Flight by three strokes over Carol Klay. Taylor carded a 36-hole net total of (+8) with rounds of 79-73. Taylor’s final round of 73 helped her to overcome a three shot deficit after the first round. Highlights from her weekend included six net birdies and one net eagle over the two rounds. 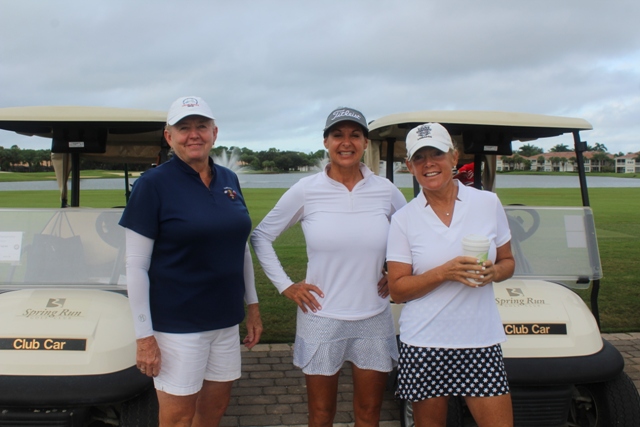 Entry fee includes all competitive rounds of golf, tee gift, awards luncheon following the final round, and gift certificate prizes. Late entries will be accepted subject to a $10 late fee should the entrant gain acceptance into the field. 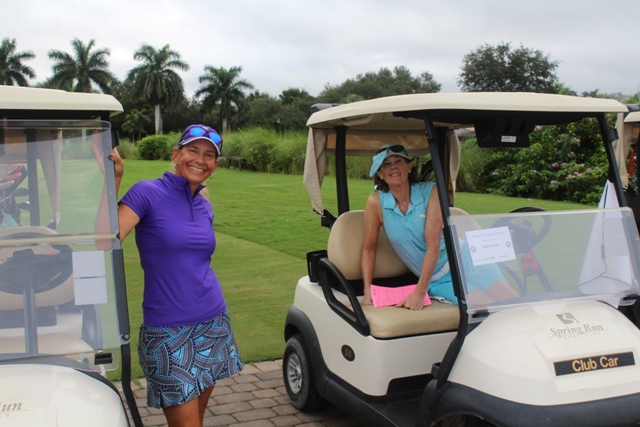 Players must select their division at the time of entry. A player may not switch divisions once pairings are posted.

The following should be considered when selecting divisions:

Committee Discretion: The Championship Committee reserves the right to move any player out of the Forward Division if their handicap is significantly lower than the majority of the competitors in that division, and their scoring history does not reflect the need to play from the Forward Division.

It is the responsibility of any player that maintains a Handicap Index lower than her current Florida GHIN Handicap Index to inform the FSGA for resolution. Failure to do so will result in disqualification.

The Middle and Forward Divisions will be pre-flighted based on individual handicaps. The overall Champions will be the individuals with the lowest 36-hole total net score (regardless of pre-flighting).

Generally, divisions of more than 14 individuals will be flighted, however the Committee reserves the right to flight based on the number of individuals and/or the range of handicaps.

Practice rounds are available one week prior to the event on a space available basis and after 12:00 PM the weekend prior. The price for a practice round is $40.00 + tax and includes a cart and range balls prior to the round. Please call 904-940-6088 to arrange your practice round. The proper place to practice your golf swing is on the driving range, hitting multiple shots on the course is unacceptable. 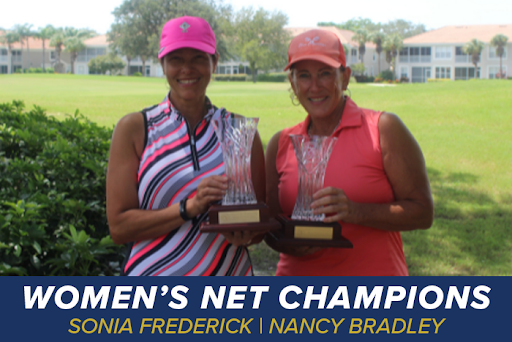 Nancy Bradley won in a scorecard playoff after a tie for the lead in the Middle Division while Sonia Frederick captured the Forward Division at Spring Run Golf Club. Middle Division The final round was nearly identical to the finish of the 2020 Women’s Net Championship. Nancy Bradley, of Naples, and Melanie Clegg, of Merritt Island, finished tied for the lead for the second back-to-back year. A scorecard playoff, starting with the final 18-hole net score, crowned Bradley champion. This marks Bradley’s first FSGA Championship victory after finishing second in 2020.

Orlando resident, Sonia Frederick, played a strong final nine holes in round two to climb to the top. Frederick finished two strokes better in round two, posting a four under-par 68, to capture her victory with a 138 (-6) total.

World Golf Village does not accept Cash, only Visa/MasterCard are accepted forms of payment