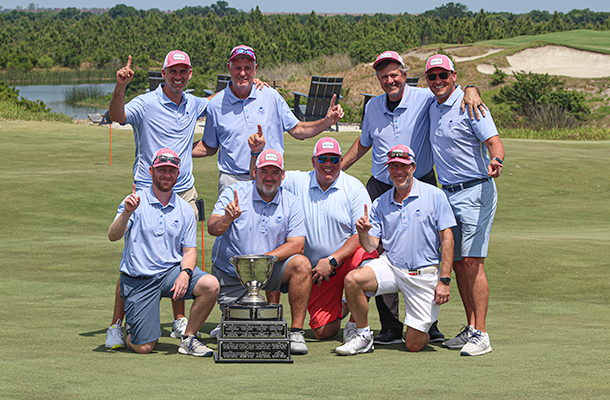 STREAMSONG, Fla. – Regatta Bay Golf and Yacht Club raised the trophy on Wednesday at the 2021 Interclub Championship. The Destin club picked up the win by just six points, finishing the week with 387 points, to earn its first Interclub title.

Regatta Bay began the championship with 196 in the first round, to sit nine points behind Tampa Bay Golf and Country Club, in second place. Cory Fosdyck led the way for the team, earning 37 points on Tuesday and finishing with four birdies.

Competing on the Black Course at Streamsong, Regatta Bay put up 191 points in the final round to secure the victory. Greg Lunday contributed 36 for Regatta Bay, posting seven birdies on the day, including back-to-back birdies on the 10th and 11th. Michael Giammaresi was not far behind, posting 33 points for Regatta, ending the round with a birdie on the first.

Julington Creek Golf Club’s L Huffingham aced the par-3 17th hole in the final round, following it up with a net eagle on the 18th.

The 2021 Interclub season began in January with over 100 clubs competing in a six-week regular season. Thirty-four teams battled it out in the Regional playoffs in March, with 10 Regional champions being crowned.

The FSGA Interclub includes a regular season where teams of eight (8) men compete as individuals, and as best-ball partners over a six-week regular season, Each club can have an unlimited number of golfers on it's team roster, and each week eight (8) players are selected by the team's captain(s) to play in that week's matches. The regular season is followed by two rounds of playoffs, and a State Championship. The 2021 Championship will be conducted on April 6-7 at Streamsong Resort - Black Course. The Interclub Matches are a state-wide competition between clubs and more than 120 clubs compete. For more details see the Interclub Home Page. 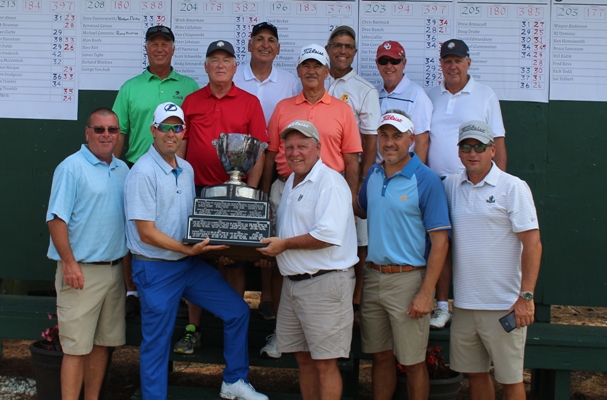 Practice Round and Practice Facility Information

Practice rounds available one week prior to the event on a space available basis at the rate of $100 for walking and $135 for riding plus tax. Players choosing to ride must take a Streamsong forecaddie. Streamsong Resort accepts cash, Visa and MasterCard. Please call (863) 428-1000 to arrange your practice round.

Additional Players (more than 8) - If a team brings more than eight (8) players to the championship, those players that are selected to play in only one round may, on the other day that they are not competing, play one of the other Streamsong courses that day for $100 walking and $135 riding. Players choosing to ride must take a Streamsong forecaddie.

Carts are included for all competitive rounds.  Players are responsible for practice round fees and caddie fees for the Championship.

There will be a $250 championship fee per-player for eight players.  Captains or Clubs will pay for the entire team entry in one payment at the time of entry.

Each Team will receive:.

The 2020 Interclub regular season and playoffs were completed, but due to the Covid-19 pandemic, the final Championship was not conducted. Instead, nine (9) Regional Champions were crowned.

In 2019, Dunedin Golf Club captured the Championship at Mission Inn Resort & Club with a total of 411 Stableford Points (6 best scores per team per day). La Cita CC & Quail Creek CC tied for 2nd, 14 points behind. Click here for the 2019 results.

Streamsong Resort is offering Single Occupancy. Please call to reserve a room.  Must be reserved by March 20, 2021