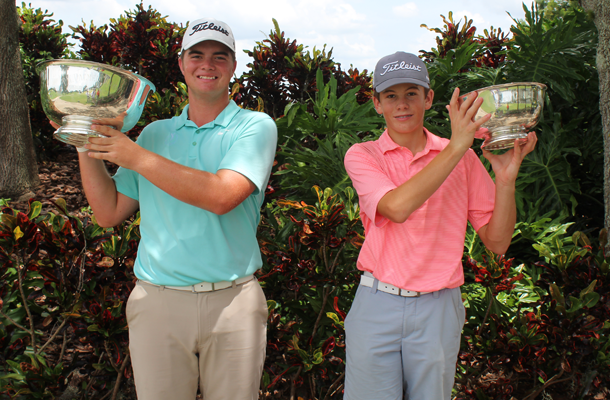 SARASOTA -  Laurel Oak Country Club played a spectacular host to 168 of the top junior golfers in the state as the field competed for the 64th annual Boys' Junior Amateur Championship. After exempt players (42) set the early field, 6 qualifying sites around the state paved the road for the 124 remaining players that made their way to Sarasota. The Boys 16-18 division consisted of 111 players, with 50 eventually making the cut, while the 13-15 division consisted of 57 players, with 23 eventually making the cut. Laurel Oak Country Club's East and West Courses were solid mixtures of red number havens and high numbers waiting to happen. These great layouts tested each players ability to roll with the punches and laid the groundwork for an exciting final round. 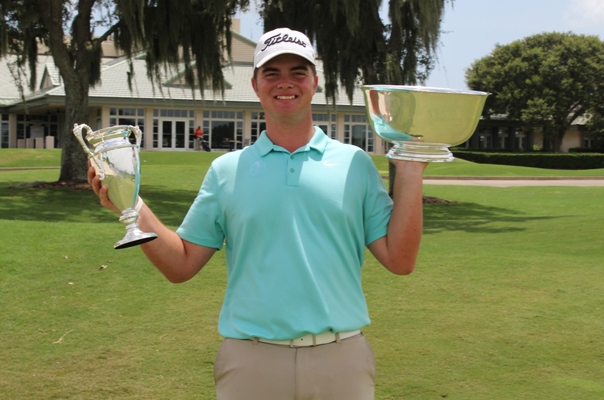 Round one featured 84 players competing on the West Course while the other 27 players in the 16-18 division started their championship on the East Course. The West Course showed its teeth as the majority of the field was left puzzled after their rounds. However, three competitors (Brett Schell, Alberto Martinez, and Jonah Manning) were able to fire rounds of 69 (-3) . Their efforts could not match Jonah Leach's red-hot performance of 66 (-6) on the East Course as he took the early first-round lead.

Saturday's round was the second half of a tail of two rounds for many players, none more impressive than Hayden Smith's 66 (-6) which helped him bounce back from a tough first round and post the low score of the day. Alberto Martinez, who fired yet another impressive round of 67 (-5) to backup a more-than-solid first round, took a two-stroke lead into the final round over Brett Schell with many others breathing down his neck.

Per request, plenty of drama ensued on the final round as a number of players made their runs in hopes to claim the 64th Boys' Junior Amateur Championship. Alberto Martinez did just about everything one might need to do when entering a final round with a two-stroke lead; minimize any mistakes and fire a solid number. Martinez's 71 (-1) was his third red number of the week, but was one stroke shy of holding off Tyler Wilkes. Last year's 13-15 Champion, Tyler Wilkes, played his last 6 holes at 5-under par to fire a final round of 66 (-6) and bring his tournament total to 10-under par. Winning this championship once is not an easy feat, but two years in a row will add to Wilkes's already stellar resume. 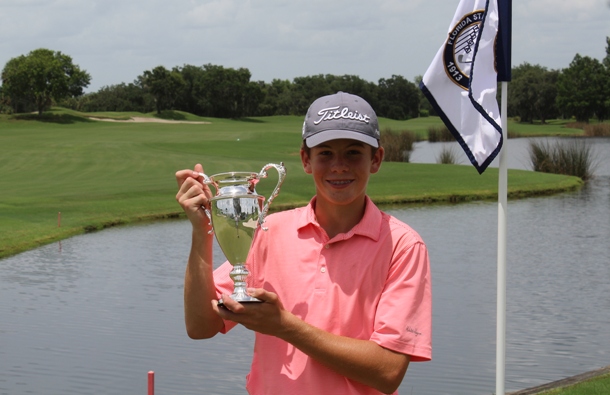 The East Course was the site of Friday's first round for the 13-15 division as players aimed to start their championship on a strong note. Out of the 57 players, there were a total of 10 scores under par for the day and a strong contingent of players tied for the lead. Chase Gullikson, Brendan Valdes, and Blake Rigdon were the three atop of the leader board after impressive rounds of 68 (-4). However, 7 players stood within 3 strokes of the lead awaiting the opportunity to go low on the West Course.

Much like the 16-18 division, Saturday's round offered a different result and look for each player as they battled the tough West Course. The second round only awarded 3 under par rounds, the low for the day coming from Parker Bell with a 70 (-2). This brought him within one of the lead which was retained by both Gullikson and Valdes who both fired steady rounds of 72 (E). The cut left us with just 23 players at 8-over par and better, all excited for another opportunity to go low on the East Course.

Heading into the final round, the Championship was wide open. The East Course offered plenty of challenges for their first round, but was primed to allow some low scores for those chasing the leaders. Tyler Stachkunas made that early run with his round of 68 (-4), and eventual low round of the day, but was just a little too far back to start the day. The tougher setup for the final round challenged the 36-hole leaders, but it was Chase Gullikson who remained unfazed to capture the title by three strokes at 4-under par over Brendan Valdes and Jay Brooks. Gullikson's impressive final round of 72 (E) is highlighted by his unflappable performance of 16 pars. Gullikson looks to bring this steadiness into next year's championship as he will be eligible for the 16-18 division. 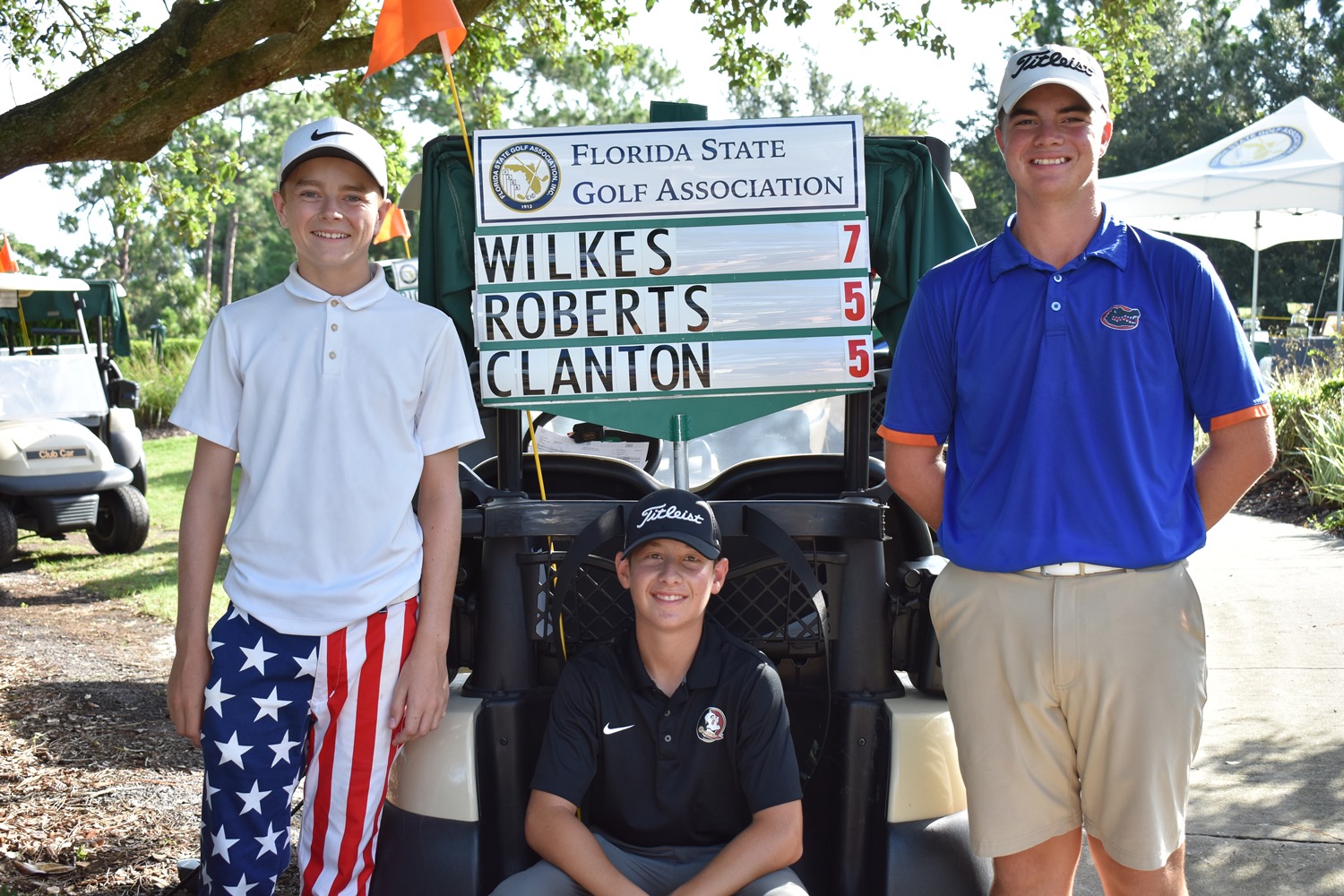 Late entries are subject to a $10 late entry fee should the entrant gain acceptance into the qualifying field.

No requests for refunds for Boys' Junior qualifying fees will be honored.

The championship is ranked by the World Amateur Golf Ranking and Junior Golf Scoreboard.

Top finishers in the championship will receive AJGA stars through their Performance Based Entry. 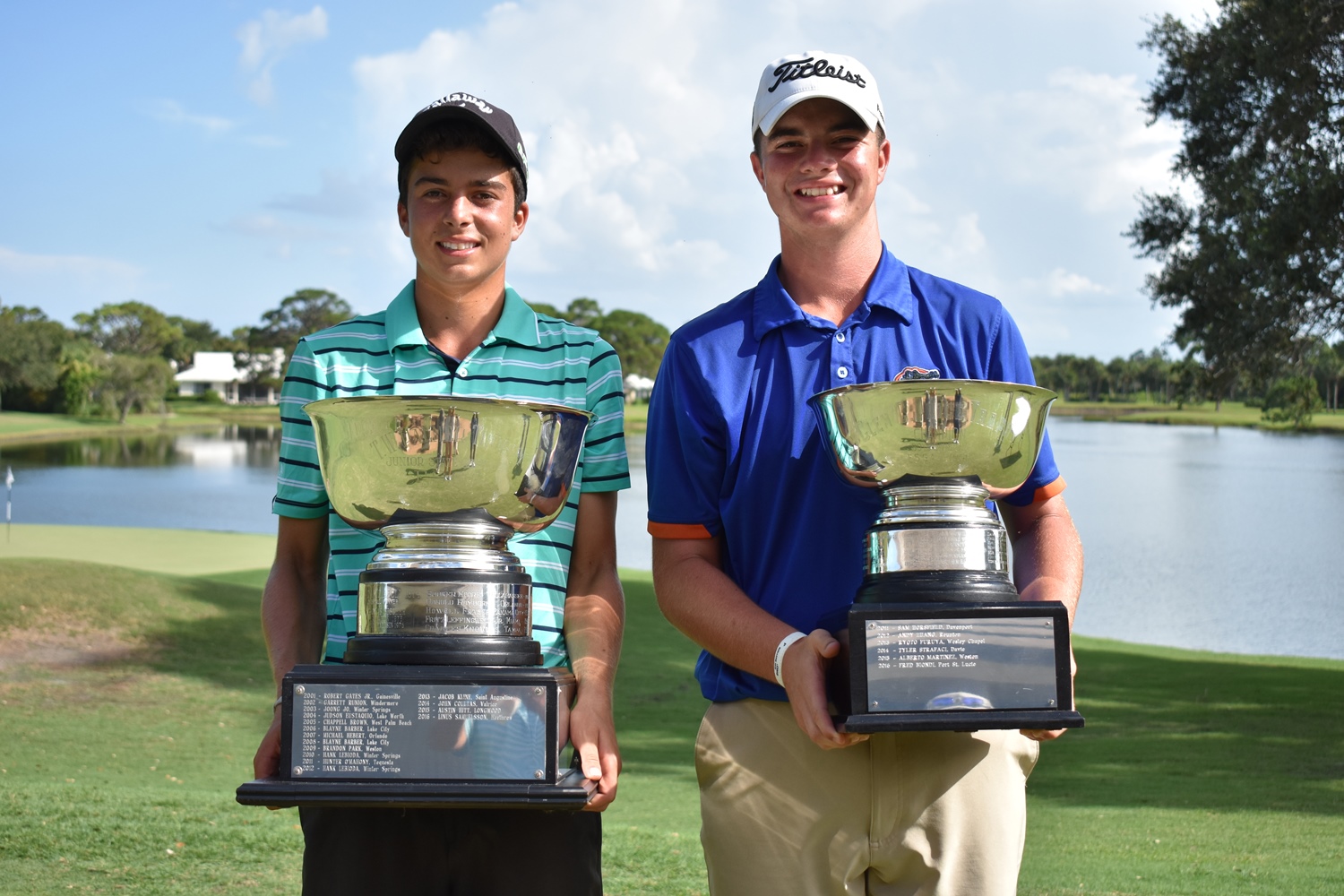 Practice Round and Practice Facility  Information

Practice rounds are available one week prior to the Championship on a space available basis and after 12:00 PM on the weekend prior. Players' ages 16-18 can ride, players' ages 13-15 will need to be accompanied by a parent to ride in a cart. The price for a practice round is $30.00 + tax. Please call 941-378-3600 to arrange your practice round. The proper place to practice your golf swing is on the driving range, hitting multiple shots on the course is unacceptable.

You may not make your practice round tee time before Championship groupings are made.

The use of pull carts is permitted.

Players in the following categories will be eligible for exemption provided they meet all entry, age and eligibility requirements:

NOTE: Blank entries will be filed by the FSGA for players who become exempt after the close of entries.