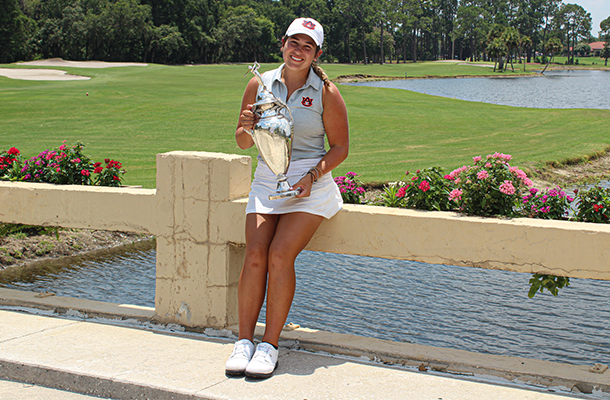 “It’s such an honor,” Schofill said. “I’ve played in this event for the last five years and have always played really well. So just wanted to do that again this week. I’m just beyond words right now, so happy.”

Schofill had a tough start to the day with a double bogey on the first hole. The Monticello native quickly rebounded, birding three of her next five holes to move to 3-over for the championship. She kept it rolling on the front side, adding a birdie on the ninth hole.

The Auburn University sophomore began the back nine with a par on the 10th and then carded three-straight birdies to pull into a tie for the lead with Madison Hewlett at 1-under. A birdie on the 16th gave Schofill the outright lead.

“I just went out there and played one shot at a time and didn’t worry about the outcome,” Schofill said. “To be honest, I had no expectations to win after my first two rounds.”

She finished the round with a par on the final hole to post a five-under 67. Thinking she had finished a few shots back of the leaders still out on the course, it was Schofill’s dad who told her she had the clubhouse lead at 1-under.

Schofill’s final-round 67 was the low round of the day. She became the first Auburn University player to win the Women’s Amateur Championship.

Chloe Schiavone made a run at the title in the final round, taking home a second-place finish. The Jacksonville native finished the front nine at 1-under to pull within in two shots of the lead. She started the back nine with back-to-back birdies, before bogeying two-straight holes to fall back to even on the back nine. Schiavone birdied the 17th hole to post a final-round 70, her best round of the weekend

Taylor Roberts and Karoline Tuttle finished the championship in a tie for third place at 1-over 145.

Hewlett, who held a seven-shot lead at the beginning of the day, found some struggles in the final round, finishing in fifth place. The Oldsmar native posted three bogeys and a double bogey to make the turn at 5-over for the day. She tried to turn it around on back nine, but finished the day with an 80.

Championship Format Change For 2020 Only

The Women's Amateur Championship is the oldest and most prestigious event on the Women's Championship schedule. In its 91st year, past Champions include the names of Cristie Kerr, Meghan Stasi, Taffy Brower, and other notables. 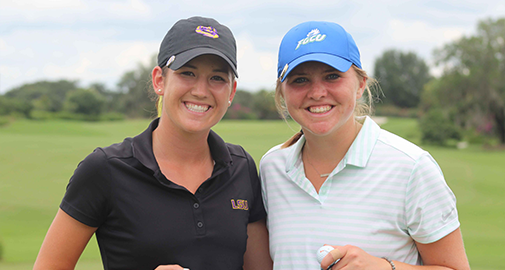 Entry fee includes all competitive rounds of golf, tee gift, player luncheon after the final round, and gift certificate prizes. Late entries will be accepted subject to a $10 late fee should the entrant gain acceptance into the field. 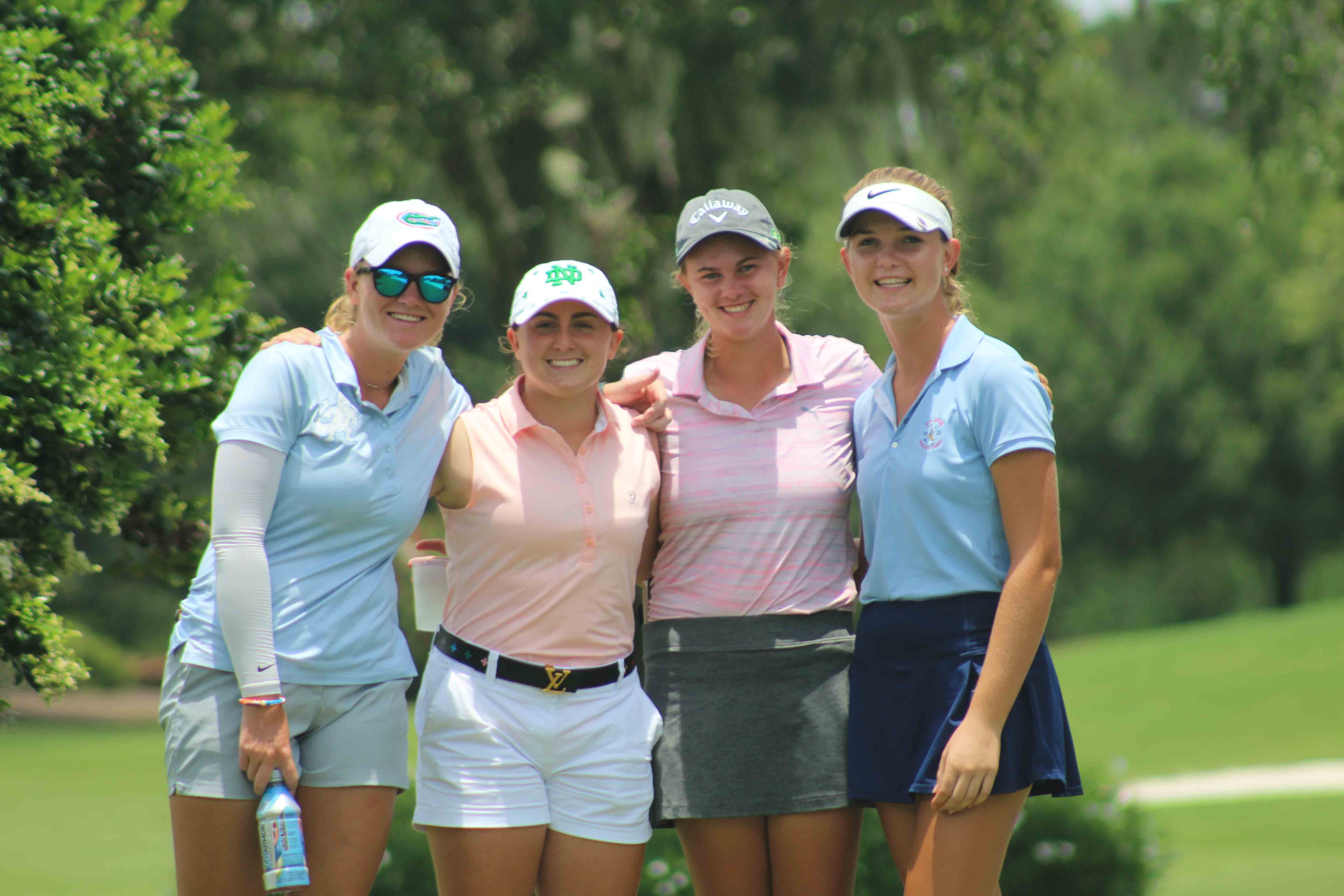 How Entries are Processed - Entry Priority

Players in the following categories will be eligible for exemption provided they meet all entry and eligibility requirements:

Should the 84 player field fill with exempt players from above, all alternate spots will be filled in this order:

If the 84 player field does not fill with exempt players from above, any additional available spots will be filled by order of receipt.

All exempt players have priority over those players who do not have an exemption.

The FSGA may hold an undisclosed number of spots for exceptional circumstances. 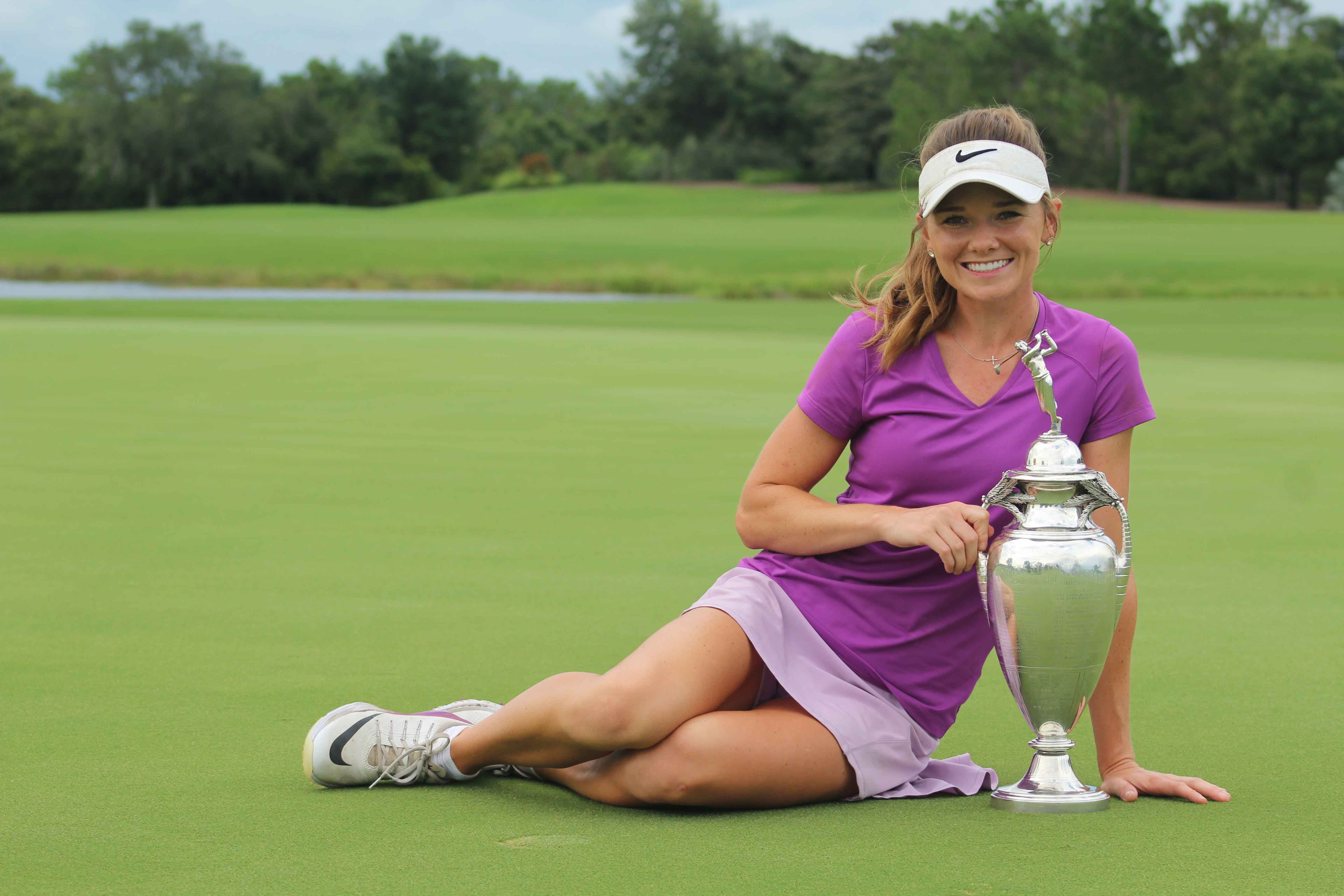 Following an hour and a half rain delay, it was Emmy Martin who raised the 90th Women's Amateur Championship. Martin took down Elizabeth Moon, 1 up, at the Ritz-Carlton Members Golf Club. "That was a very exciting win. It was quite the grind today, really had to fight for it," Martin said. Playing in her first competitive tournament since finishing her eligibility at Texas Christian University. Martin is the first post-college amateur to capture the championship since Meghan Stasi did in 2012. Click here to view previous year's results.

Practice rounds are available one week prior to the championship on a space available basis and after 12:00 PM the weekend prior. Includes cart and range balls prior to the round. The price for a practice round is $35.00 + tax. Please call 352-324-3885 to arrange your practice round on the El Campeon Course. The proper place to practice your golf swing is on the driving range, hitting multiple shots on the course is unacceptable. 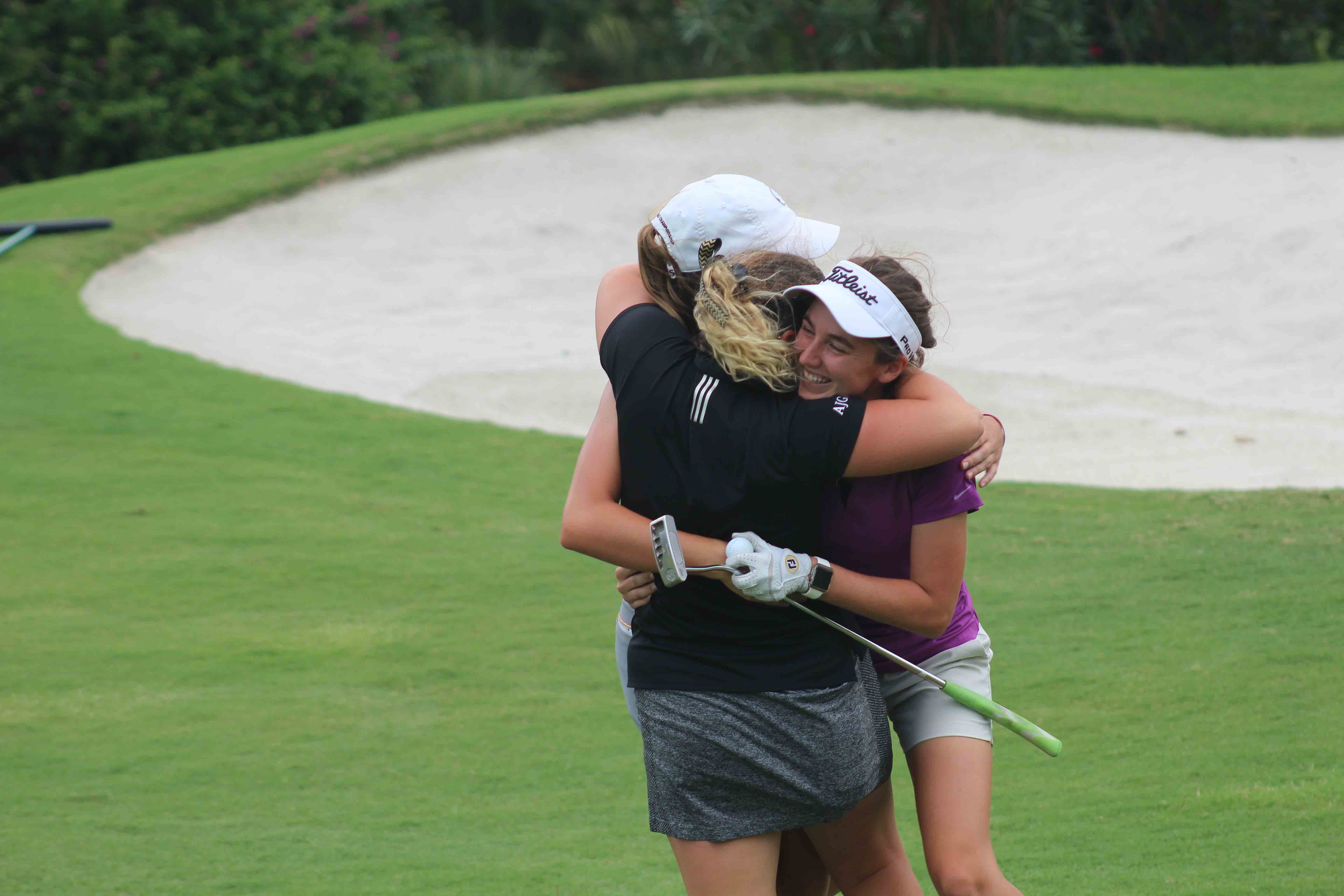