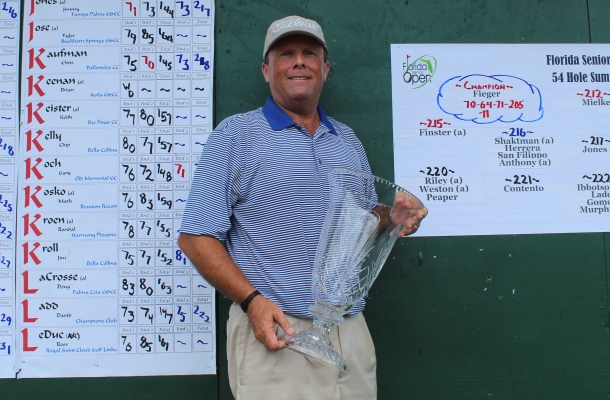 Gene Fieger, of Club Pelican Bay, the 2010 Florida Open Champion, takes a commanding four stroke lead into the final round. Fieger's second round 64 (-8) on Las Colinas propelled him to the front after trailing by one stroke following the opening round. The 64 included nine birdies and one bogey, and paired with his opening 70, leaves Fieger at -10 for the Championship.

Mark Mielke, of Lost City Golf Club, opened with 69 (-3) on the El Campeon to lead after Round 1, posted the same in Round 2 on Las Collinas, and sits in solo second at -6, four strokes behind Fieger.

2010 Florida Senior Open Champion, Pete Williams (a), of Eastpoint G&RCC sits at -2 for the Championship, tied for third along with Don Bell, of LPGA International, and John Lee, of Imperial Golf Club. Williams currently leads the race for low amateur.

62, 24 amateurs and 38 professionals, players made the cut at eight over-par 152. There is a large contingent of nine players tied for sixth place, nine strokes behind our leader, including defending champion, Eduardo Herrera, of Orange Tree Golf Club, and four-time Champion Mike San Filippo, of Hobe Sound.

Gene Fieger, of Naples, sealed his second Senior Open victory with a final round of 71 (-1) on Sunday! After finishing in second place last year and not earning a FSGA victory in 7 years, Fieger hoists the Florida Senior Open trophy, winning by seven strokes. The final round was played on El Campeon, where Fieger finished strong carding three birdies on the last four holes to finish with a 205 (-11) total. Round one leader, Mark Mielke, of Jupiter, fell to second place with a final round 74. Mielke’s final round consisted of three bogies on the front nine and one birdie on the 14th hole for a 212 (-4) tournament total. Rounding out the top three was Miles McConnell who played consistent golf with rounds of 72-72-69 for a three under-par 213 total. 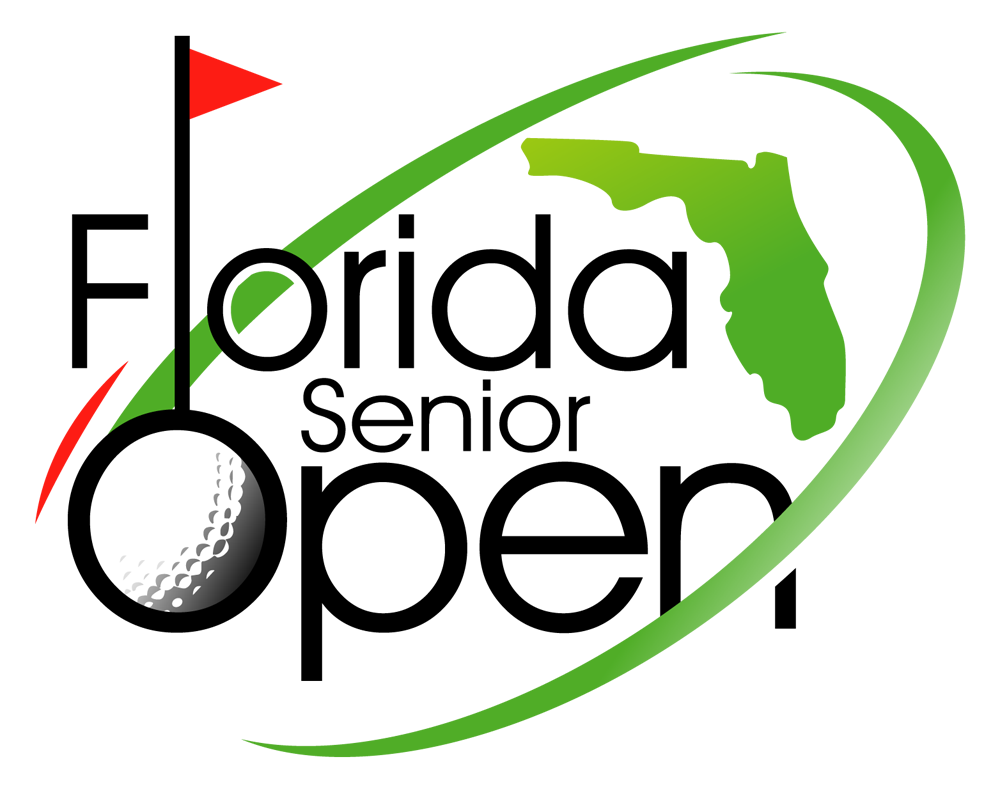 Exemptions may be earned through State Amateur Championships and PGA Section Events. (See Exemptions listed at the bottom of this page) 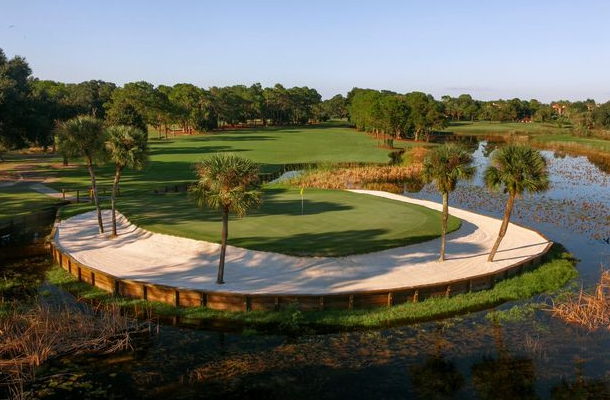 Late entries will be subject to a $10 late entry fee should the entrant gain acceptance into the qualifying field.

Those players who advance to the Championship through local qualifying must pre-register and remit the appropriate Championship Fee (see above) at www.fsga.org under the "My Account" section, located in the top right hand corner of the web-page. Payment must be received by Friday, August 3 by 3:30 PM or the individual will be withdrawn from the Championship.

The golf courses will be set-up at approximately 6,600 yards.

Players may submit one entry for the Florida Senior Open and choose the site at which they will attempt to qualify.  However, if any site requires adjustment (including, but not limited to, the receipt of more entries than can be accommodated), players will be transferred to another site based on their preference listed on the entry application and date of receipt of entry application (i.e. later applicants will be subject to transfer). Eduardo Herrera, of Windermere, played three exceptional rounds of golf to be crowned the Florida Senior Open Champion for the second time after winning the championship in 2015 at Bellair Country Club. Herrera won by two shots with rounds of 68-69-66 for a 203 (-13).