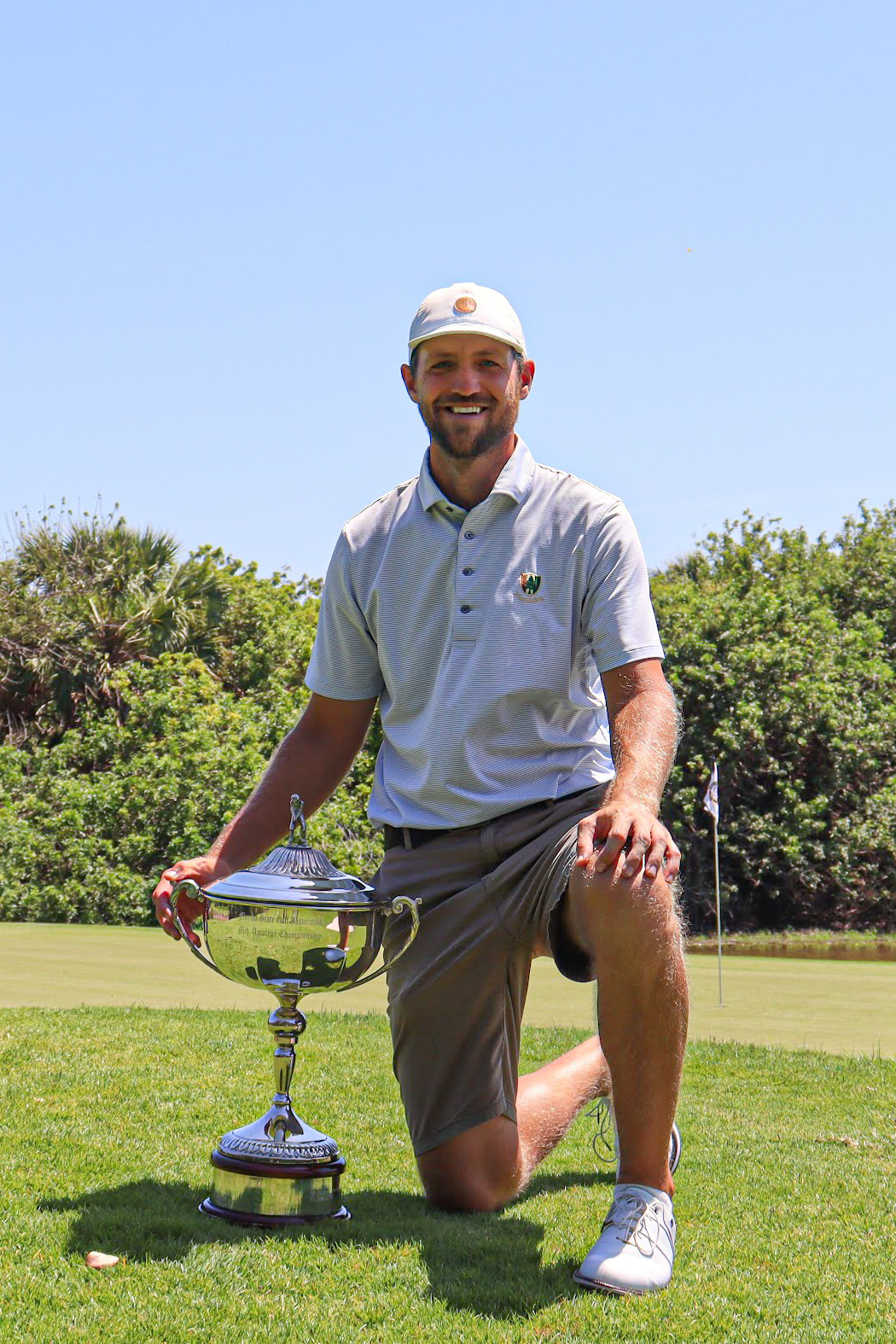 Matthew Galloway set the pace in the stroke-play seeding round, posting a 9-under 135 for the two days and earning the No. 1 seed. Latowski took the No. 11 seed after finishing at even-par 144.

There was a 9-for-3 playoff to finish out the stroke-play seeding rounds. After seven playoff holes, Leighton Peavler, Alex Slaton and James V. Smith took the final three spots.

Scott Turner earned a big victory in the Round of 32, defeating Colin Morris, 7 and 6. No. 1 seed, Galloway won the final two holes to lock up his spot in the Round of 16, beating Smith, 1 up. Latowski took the lead in his match on Devin Hernandez on the first hole and never let it go, winning 2 and 1.

The defending champion, Joe Algiers defeated Peavler, 1 up to advance to the Round of 16. Jose Vega won four-straight holes on the front side before taking the 5-and-3 win against Liam Ainsworth.

After some weather delays to get the Round of 16 started, Galloway made quick work of Kevin Johnson, winning 6 and 5. Latowski won back-to-back holes on the 16th and 17th to deafest Kyle Blackston, 3 and 1.

Jake Sherwin took down the No. 1 seed in Galloway, winning three of the final four holes to earn the 1-up victory. Jose Vega used a big win against Powell to lock up his spot in Semifinals with a 5-and-4 victory. Miles McConnell, the 2021 FSGA Senior Player of the Year, defeated Slanton, 4 and 3, to advance. Latowski won three-straight holes on Nos. 11-13 to take down the defending champion, Alfieri, and move on.

Sherwin came out strong in the Semifinals matches, winning five of the first seven holes, before earning the win against Vega, 3 and 2. After McConnell took the lead on the front side, Latowski won three of six holes on the back side to earn a spot in the Finals with a 2-and-1 win.

In Sunday’s afternoon's Finals, Sherwin took the first lead of the day on the third before extending his lead to 2 up on the seventh. Latowski won the seventh to cut the lead and headed to the back side, 1 down. Latowski evened the match on the 11th, but Sherwin took back the lead on the 12th. Latowski won the 16th and 17th to tie the match back up. It took two extra holes, but Latowski captured the win on the 20th hole.