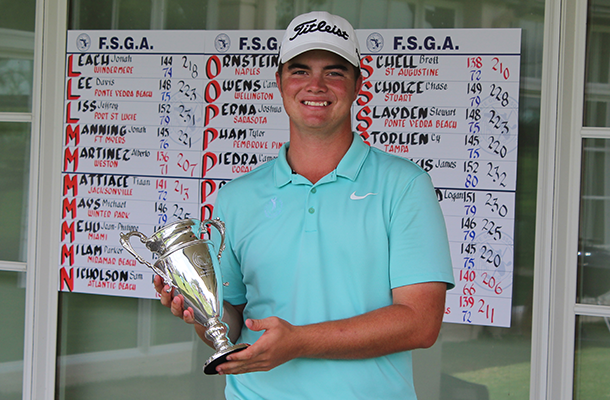 With one FSGA Championship and five FJT top-five finishes, Tyler Wilkes was named the Boys' Junior Player of the Year

Entering the final round of the Boys' Junior Amateur, he was four strokes off the leader, Alberto Martinez. Wilkes played his final six holes at five-under par to shoot a final round six-under 66 and bring home the win. For the championship, he carded a 10-under 206.

The Tampa native competed in this year’s U.S. Junior Amateur Championship, after having qualified for the event at The Country Club of Winter Haven. Wilkes also advanced to U.S. Open Sectional qualifying this year.

In five FJT starts this season, Wilkes did not a finish worse than tied for fifth. His best came at River Strand Golf & Country Club, where he took home first place. He posted two runner-up finishes at Don Veller Golf Course & Club and Trump National Doral.