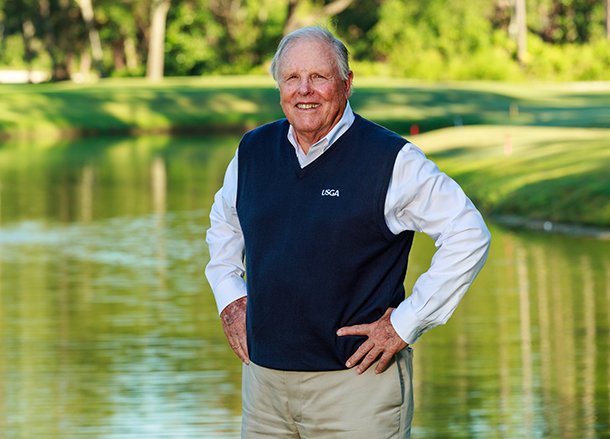 On Friday, November 22, 2019, the Florida State Golf Association inducted Tom Dudley into its prestigious Hall of Fame. The ceremony was held at Timuquana Country Club in Jacksonvile in conjunction with the Annual Dinner.

“It’s very exciting for me,” said Dudley. “To see the list of people that have been inducted: Fred Ridley, Jack Nicklaus, Steve Melnyk. They have done so much for the game around the world, and I am honored to have my named included with theirs.”

Born in Columbus, Georgia, Dudley became involved with the game of golf in his early 40s. In 1987, Dudley and his wife, Bonnie, traveled to California for their daughter’s swim meet, not knowing that the U.S. Open was set to be played in San Francisco at the Olympic Club the following week.

While there, a friend of Dudley’s that worked for the PGA Tour invited him to play at the Olympic Club with two USGA employees, P.J. Boatwright and Mac England. At dinner after their round, Boatwright and England spent most of the meal arguing about the Rules of Golf. This was all it took to peak Dudley’s interest in the game, who phoned the FSGA shortly after to inquire about volunteering.

Now fast forward to the present, Dudley has worked more than 300 FSGA championships and qualifiers over his 31-year tenure with the FSGA, while also serving as the association’s president from 2008-09. 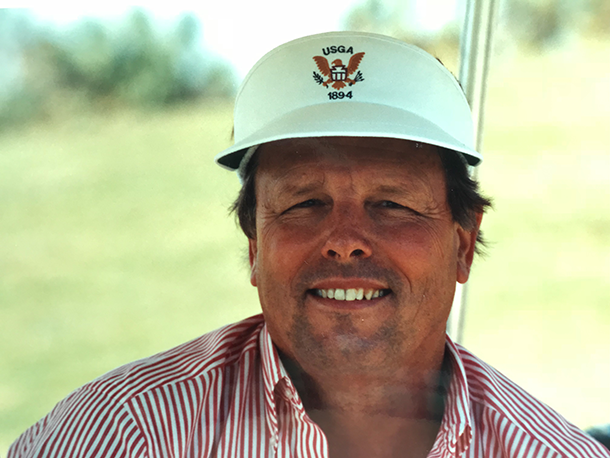 “Tom Dudley is a great friend of golf and his passion for helping others is tremendous,” said Jim Demick, FSGA Executive Director. “He has been a huge part of the FSGA over the last three decades, and we owe him an enormous debt of gratitude.”

When looking back on his time with the FSGA, two memories stand out among the rest for Dudley. The first was at the 2017 Florida Amateur Championship, that was played at The Bear’s Club, when Jack Nicklaus spent time speaking with the players competing that week.

The other came more than 15 years ago when Dudley had a hand in the creation of the Florida Junior Tour and furthering junior golf in the state of Florida.

Having spent the majority of his adult life giving back to the game, Dudley has no plans to slow down when it comes to his work with the FSGA.

“Giving time back is something you can’t quit, you don’t just walk away from it,” said Dudley. “I’ll continue with the FSGA as long as they’ll have me.”

In addition to his with work the FSGA, Dudley has been heavily involved with the USGA for the past 30 years. He has volunteered at more than 100 USGA championships as a Rules official, including 27 U.S. Opens and 25 U.S. Amateurs, while also being a member of the USGA Regional Affairs Committee and Sectional Affairs Committee since 1990.

“Tom’s record of service has touched many people and aspects of the game,” said Fred Ridley, Chairman, Augusta National and past USGA President. 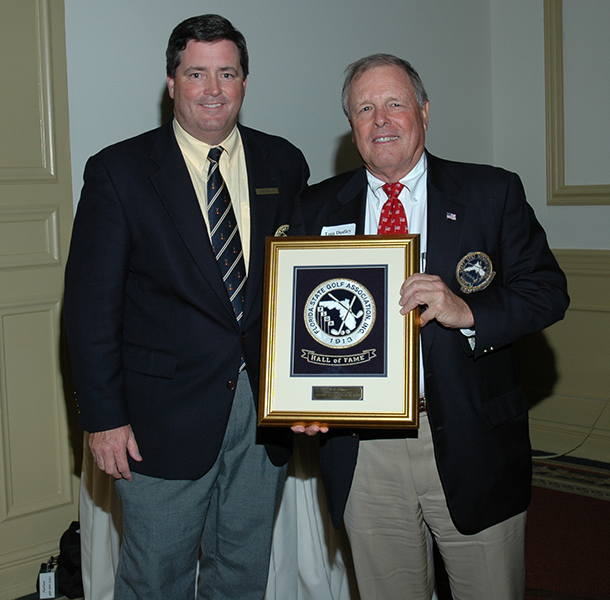 “He loves the game of golf and has spent the majority of his life giving back. All of us who love the game have benefited from Tom’s service.”

Earlier this year, Dudley was named the 2019 Joe Dye Award recipient, an award presented annually by the USGA to recognize an individual’s meritorious service to the game as a volunteer. This award is the highest awarded to a volunteer in the game of golf.

A member of Timuquana Country Club in Jacksonville, Dudley is very actively involved with his home course and has helped bring two USGA championships to the Jacksonville club, the 2002 U.S. Senior Amateur Championship and the 2019 U.S. Women’s Amateur Four-Ball Championship.

The University of Georgia graduate has attended 30 PGA-USGA Rules of Golf Workshops, while having been an instructor at 150 local, collegiate, junior and other rules workshops. On the Rules test, he has scored a 94 or higher each year since 1994 and has achieved four perfect scores in his career.

“The game has given me the great opportunity to visit some of the most incredible places in the country. It has taught me that golf is a game of integrity and honesty, said Dudley.