Crusselle and Tarter Named Volunteers of the Year

Course Rating Volunteer of the Year 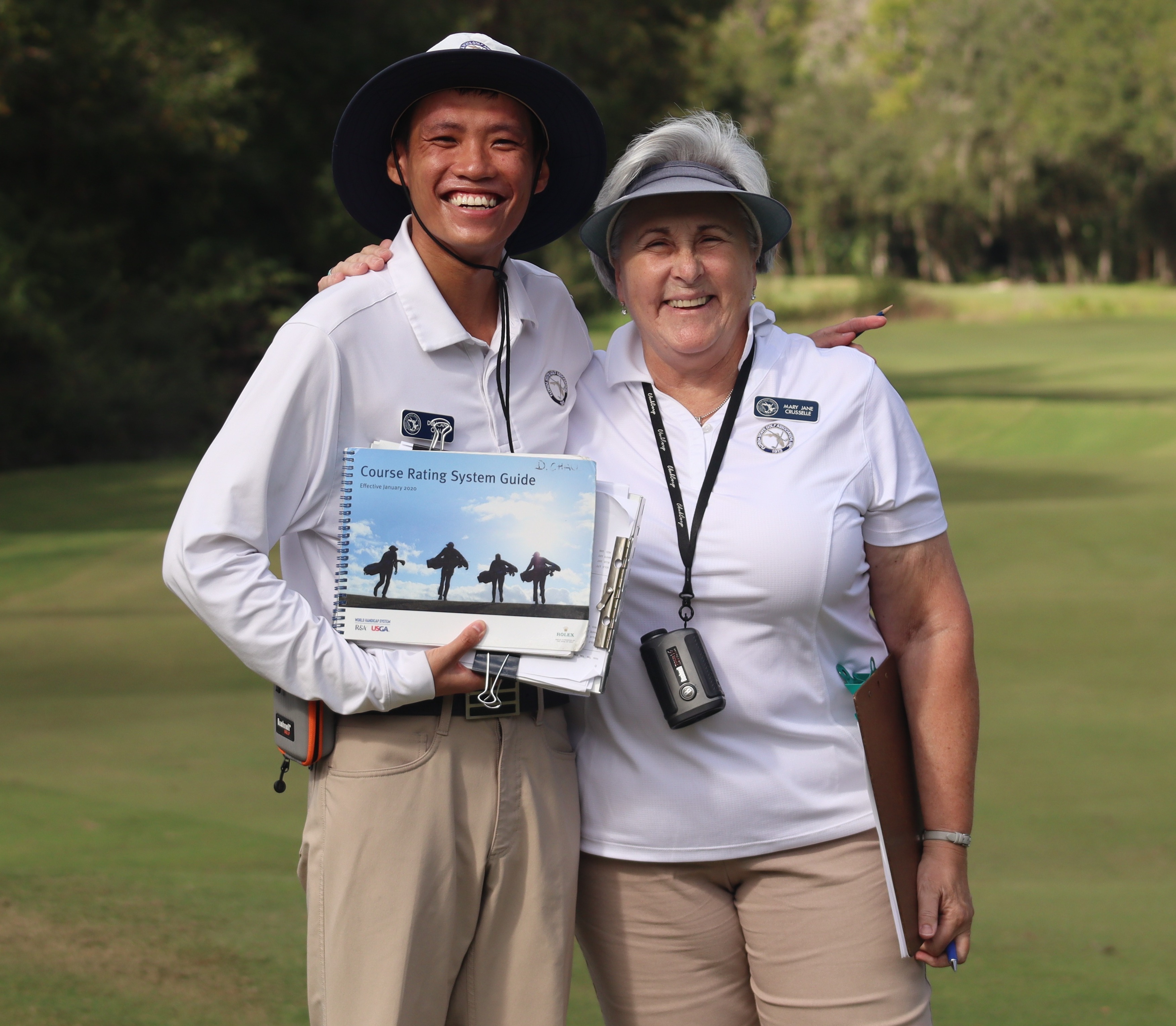 Mary Jane Crusselle is captain of the Section 11 Course Rating team in Manatee and Sarasota counties. She leads a team of women that work together to conduct between six and eight course ratings each year.

Before moving to Palmetto, Florida from Rhode Island in 1987, Crusselle worked as an Executive Secretary for Stock Brokers. At age 26, Crusselle started learning how to play golf and loved every aspect of the game. She enjoys being outside on the golf course and the friendliness of the game.

Crusselle started volunteering with the FSGA in 1994 and put her background in numbers to work learning the Course Rating System. FSGA Hall of Fame member, Karen Korf asked Crusselle to be a co-captain of the team 15 years ago. When the game of golf lost a great friend with Korf’s passing in 2021, Crusselle took on the responsibility of captain.

“The FSGA is a wonderful organization, there is so much to be involved in and do. I love it,” Crusselle said.

Crusselle demonstrates great leadership, attention to detail, and exceptional organization. Her dedication to her team and the game of golf is unmistakable.

Tournament Volunteer of the Year

Alan Tarter has been volunteering with the FSGA for nearly 10 years, beginning in 2013. His dedication and support for the game is evident, volunteering at over 30 events in just this year alone. Tarter enjoys learning the Rules of Golf and is a Certified Senior Rules Official.

“I never expected anything like this award and it is very rewarding,” Tarter said. “It is just so rewarding to have the comradery between other officials and to be able to give back to the game.”

The New York native was first introduced to the game when he was 12 years old. After taking six lessons from the assistant golf professional at Harrison Country Club, in Westchester, NY, Tarter was hooked! He won the 1960 Westchester County Junior Golf Championship and continues to play over 300 rounds of golf each year.

Tarter volunteered for the Metropolitan Golf Association and was named the MGA Volunteer of the Year in 2014 before he and his wife, Judith, moved to Florida full time in 2015. The Delray Beach resident, drives his car with a license plate displaying the number of Rules in the Rules of Golf book. He already secured “25 Rules” as his license plate for 2023.

“Without volunteers, it’s just players playing a normal round of golf,” said Tarter.

Tarter’s commitment is impeccable, if he is not playing golf he can be found on the golf course officiating. The game of golf benefits from Tarter’s passion and hard work.

Cursselle and Tarter will be honored at the FSGA’s Annual Dinner in Boynton Beach at The Club at Quail Ridge in November. The Annual Dinner celebrates the best players in the state, volunteers, board members and many other important individuals involved in the game of golf in Florida.