Rules of Golf - Bradley at the Players 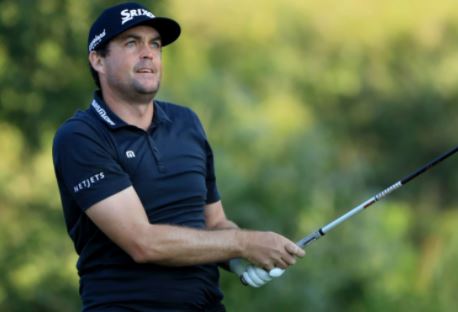 The Players Championship was a unique, but very enjoyable, tournament to watch on television. It took a long five days for the championship to complete 72 holes due to rain and cold conditions.

During the second round on Saturday, Keegan Bradley’s ball came to rest on the 16th green. He approached his ball, placed a ball marker next to the ball, but did not lift the ball. Shortly after placing the ball marker down a heavy gust of wind moved his ball. Bradley and the other two players in his group, Cameron Young and Andrew Putnam, all agreed that there was a rule change in 2019 that states the ball must be replaced when it is moved by wind on the putting green. Bradley replaced the ball next to his marker and played it from that location. He walked off the green thinking he made a par on the hole.

Later on when Bradley’s group was on the second hole (the group’s 11th hole of the round), Gary Young, PGA Tour Rules Official, approached Bradley and informed him that he played the ball on 16 from the wrong place and must add a two-stroke penalty on the hole giving Bradley a 7.

Bradley was almost correct in his assumption of the new rule. The new rule from 2019 is Rule 9.3 Ball Moved by Natural Forces. If natural forces (wind, water, or the effects of gravity) cause a ball at to rest to move there is no penalty and the ball must be played from its new spot. However, there is an exception when a ball on the putting green and has been lifted and replaced. If natural forces causes a ball at rest on the putting green to move after the ball has been lifted and replaced, then the ball must be replaced on the spot from which it moved. Since Bradley never lifted his ball, he must play his ball from its new spot, but he did not. He played from a wrong place and incurred the general penalty (two strokes in stroke play or loss of hole in match play).

There are many intricacies within the Rules of Golf. Be careful and thorough when applying the Rules.