Buddy Alexander to be inducted into Hall of Fame 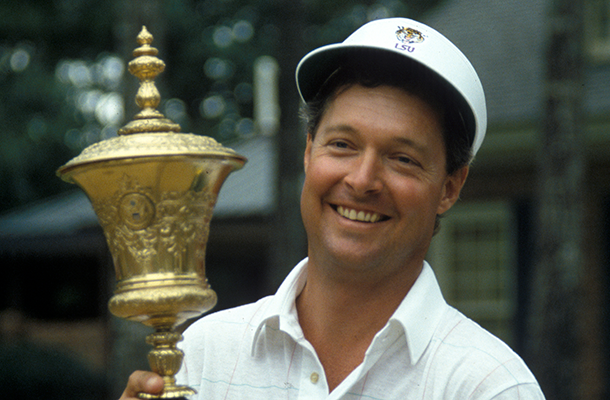 TAMPA, Fla. – Stewart “Buddy” Alexander will be inducted into the Florida State Golf Association Hall of Fame on Friday. The ceremony will be held at Palma Ceia Golf and Country Club in conjunction with the Annual Dinner.

Alexander won the 1986 U.S. Amateur Championship and served as the men’s golf coach at the University of Florida for 27 years. He won the 1991 Florida State Amateur and has competed in over 40 United State Golf Association championships.

The Florida native played in two U.S. Opens. His son, Tyson, qualified for the 2017 U.S. Open at Erin Hills, and his father, Skip, competed in six, making the Alexanders one of just three families to have had three generations compete in the championship.

“I wasn’t expecting that,” Alexander said of the induction into the Hall of Fame. “It’s humbling.”

In addition to his induction into the FSGA Hall of Fame, Alexander also has a place in three other halls of fame: Georgia Southern Athletics, University of Florida Athletics and Golf Coaches Association.

Alexander was born in St. Pete, Fla. and grew up near the eighth tee of Lakewood Country Club (now St. Petersburg Country Club), where his father, Skip Alexander, was the head golf professional. He was surrounded by the game from a very young age, thanks to his father, who was a long-time PGA Tour member and a two-time Ryder Cup team member. Buddy Alexander spent most of his childhood working for his dad at the course, bagging tees and cleaning golf balls.

His collegiate coaching career began just two years after he graduated. Alexander stepped into the head coaching role at Georgia Southern in 1977, when his coach left to take a position at Wake Forrest University. While at Georgia Southern, he led the Eagles to four consecutive NCAA Tournament appearances.

“You get into coaching because you love to compete, you love golf and you love the kids,” Alexander said.

Alexander gave playing professional a try, but returned to coaching in 1983 when he took over the men’s and women’s programs at Louisiana State University. While at LSU, Alexander led the Tigers to back-to-back Southeastern Conference titles in 1986 and 1987. He regained his amateur status in 1986 and returned to competitive amateur golf.

The same year he regained his amateur status, Alexander went on the win the U.S. Amateur at Shoal Creek (Ala.) Golf and Country Club. Alexander, who was 33 years old at the time, overcame numerous collegiate All-Americans on his way to hoisting the Havemeyer Trophy. Alexander defeated Chris Kite, of Hiddenite, N.C., 5 and 3, in the finals.

Following his U.S. Amateur win, Alexander played on the victorious 1987 Walker Cup team, captained by current Augusta National Chairman Fred Ridley, and would go on to play in both the Maters and U.S. Open.

After a short hiatus from coaching, Alexander took a job in 1988 that he would hold for 27 years, the head men’s golf coach at the University of Florida. He led the Gators to eight SEC Championships and two NCAA National Championships in 1993 and 2001.He also coached team captain Nick Gilliam to an individual NCAA golf championship in 2001 and led eight players to SEC individual titles. Alexander was a seven-time SEC Coach of the Year and three-time National Coach of the Year.

In total, 26 of his players would go on to play golf professionally on the PGA Tour, Web.com Tour and Champions Tour, including his son, Tyson, who is currently a player on the PGA Tour Latinoamérica. Some of those players include Chris DiMarco, Brian Gay, Billy Horschel and Camilo Villegas.

Alexander retired in 2014 and now resides in Auburn, Ala. with his wife, Joan, who is the director of operations for the Auburn men’s and women’s golf teams.