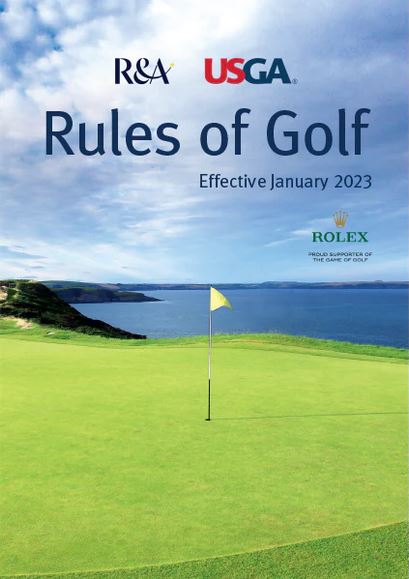 Holes Played Out of Order

During a round, a player was constantly on his phone talking to others and typing messages. Another player questioned if this was allowed under the Rules. There is nothing in the Rules of Golf that prohibits general use of a cell phone during a round; however, Rule 1.2 Standard of Player Conduct does state that players must act with integrity, show consideration for others, and care for the course. If the cell phone usage is distracting to others, then the player must reduce the usage to a level that is not distracting to others. While not advised, the Committee could prohibit cell phones through a Code of Conduct Policy

Sprinklers – Not Covered in the Rules

A player’s tee shot came to rest in bounds and about 10 feet from a homeowner’s backyard. The homeowner’s sprinklers were running and constantly spraying water on and around the player’s ball. The player asked for free relief. There is nothing in the Rules of Golf that directly addresses this issue, so the Committee used Rule 20.3 Situations Not Covered by the Rules and agreed that the most fair and equitable ruling is to grant the player free relief from the sprinklers.

A player’s shot flew through bush with large thorns on it and several thorns penetrated the cover of the ball. Some thorns were still in the ball while others broke off leaving part of the thorn in the ball. The player asked if he could replace the ball. Similar the sprinkler situation above, the Committee used Rule 20.3 and ruled that the holes the thorns made are similar to “cuts or cracks” that make a ball unfit for play in Rule 4.2c Balls. The Committee ruled that the ball is unfit for play and he may replace it.