Major Wins for Jelinek and Cox at FSU 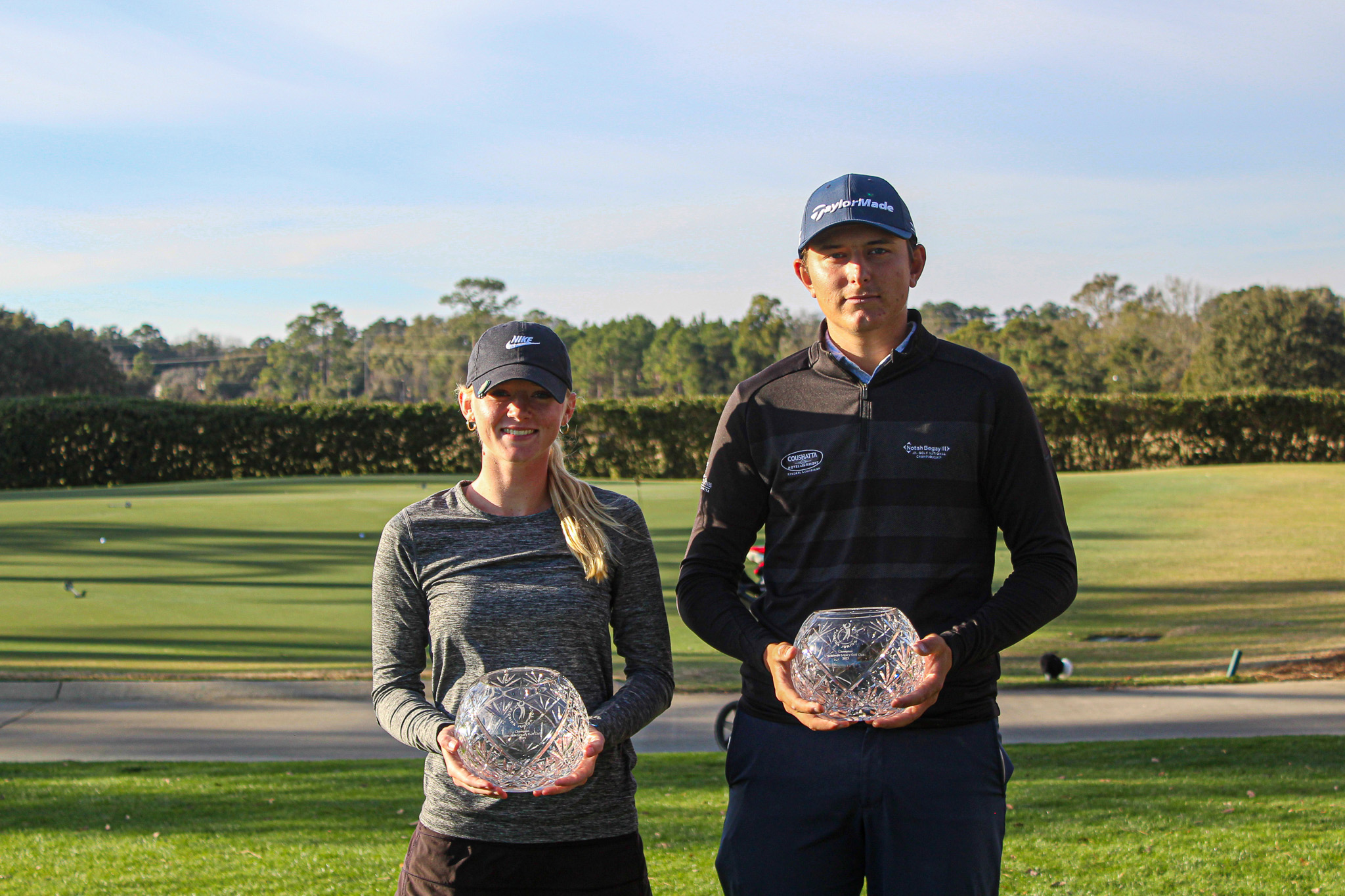 TALLAHASSEE, Fla. – In the first Florida Junior Tour event of the season, Maxmilian Jelinek and Nancy Cox came out on top at Seminole Legacy Golf Club. It was the first FJT victoy for both Jelinek and Cox, as they capture the wins at the FJT Major on Monday.

The winds were high to start the 54-hole Major at Florida State University and provided a tough test on Saturday. With a scoring average north of 84, Nicolas Bencomo’s 1-over 73 was certainly very impressive. Four birdies were the key to Bencomo’s success as every player in the field made plenty of bogeys with the high winds

With relatively benign conditions Sunday, scoring opportunities were out there for players willing to take on the risk. Jelinek certainly took advantage with six birdies on the day on the way to a 3-under 69 to take a three-shot lead ahead of overnight leader, Nicolas Bencomo.

Drew Jones joined Bencomo and Jelinek in the final group on Monday. The trio got off to an unexpected start as overnight leader, Jelinek, made a triple bogey on the first while Bencomo and Jones made bogey. The lead was cut to one shot for Jelinek. Undeterred, the senior from Port St. Lucie birdied four of the next five to take a commanding lead in the event. Jelinek led by seven shots with nine holes to play.

As the group made their way to the final nine, Bencomo and Jelinek both continued their solid play and separated from the rest of the field. Each hole that went by Jelinek’s lead was more and more insurmountable, as he was five shots clear with five holes to play.

Jelinek finished with a 1-over 73 in the final round and an even-par total for the event, eight shots ahead of the field. This is Jelinek’s first Florida Junior Tour win of his career. Nicolas Bencomo’s 8-over total was good enough for a second-place finish and Reggie Zhu finished one stroke behind Bencomo for a solo third-place finish.

For the 18 girls in the field, Saturday’s opening round proved to be a true test of golf through their whole bag. After the first round, a trio of three girls held the lead at 6-over 78. Gabriella Albert, Sophia Hong, and Tatiana Ang were four shots clear of the rest of the field through one round.

In the second round, the lead group started to struggle and make their way back towards the rest of the field. Nancy Cox saw the opportunity and took advantage. The 2024 graduate from Ponte Vedra Beach shot a 1-under 71 to take a six shot lead into the final round.

Cox got off to a great start on Monday as she followed up a bogey on her first hole of the day with a birdie on the par-5 11th hole to steady her. An opening nine 2-over 38 left her five shots ahead of her closest competitors with nine holes to play.

However, Bradyn Smith had different ideas on the final nine of the event. The Gainesville native, who finished runner-up at last year’s Major at the University of Florida, made three birdies on the back nine to cut Cox’s lead to three with three holes remaining.

Nancy Cox held on to the lead and claim victory with a three-day total of 16-over 232. The win was also Cox’s first FJT win of her career. Braydn Smith finished second in a Major for the second year in a row, after last year’s tie-for-second finsih at the University of Florida. Lauryn Finley was alone in third place at 20 over for the weekend.