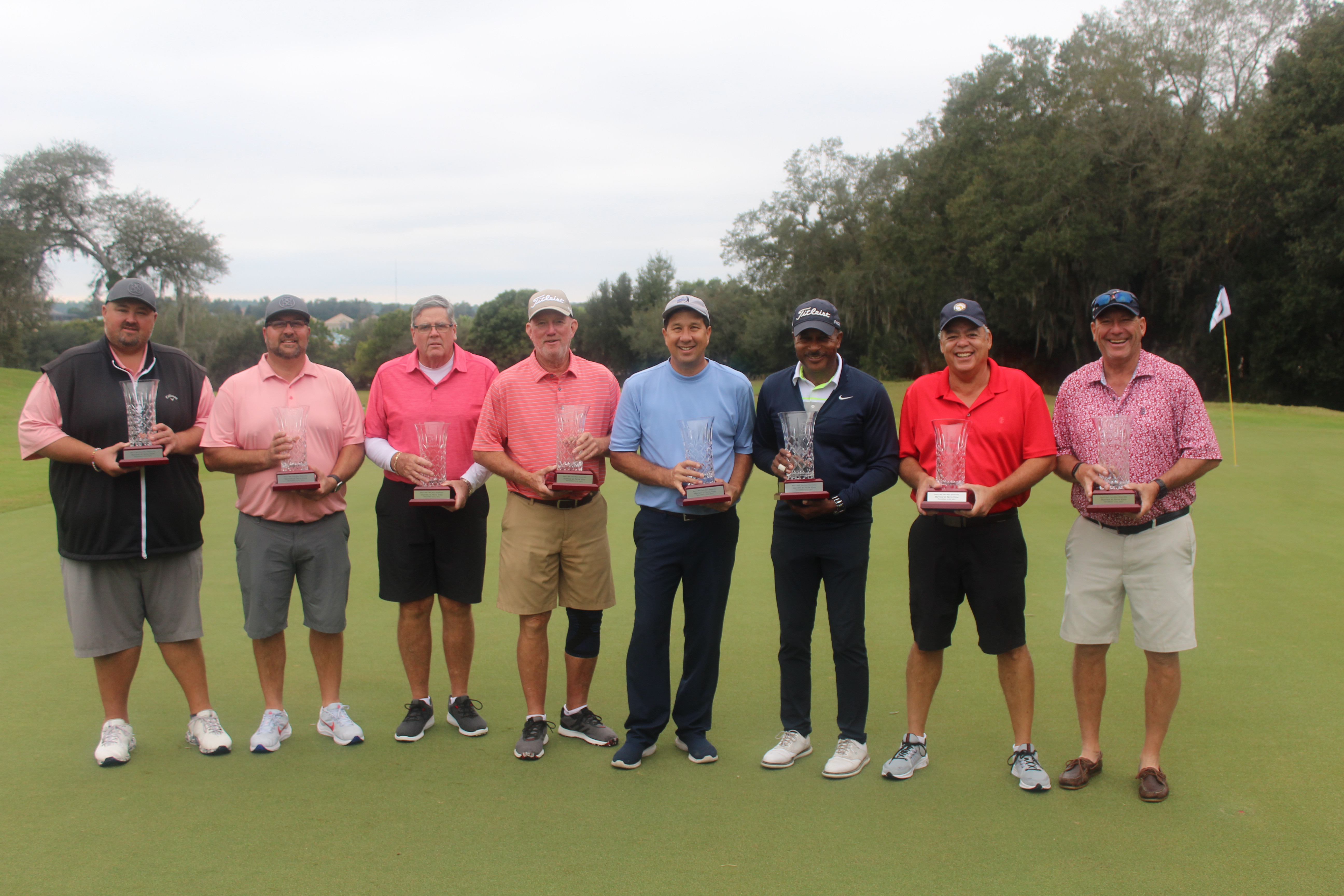 David Mealey, 2021 Men’s Net champion, and Brian Soldano took the lead by three strokes after an impressive 4-under 68 in scramble format. An eagle on holes five and 15 secured the round one lead ahead of two teams tied at 1-under 71.

Mealey, of Tampa, and Soldano, of Land O’ Lakes, never let the lead out of sight during the final round of Four-Ball. The duo never faltered as a team, equally contributing to post a second round of 4 under for an 8-under 136 finish and win. Six shots back in second place finished the team of Robert and Dave Graves. Back-to-back rounds of 71 captured second place for the Graves team by one stroke.

Six strokes separated the team of Brian King and Ken Wilson from second place after round one. Seven birdies and one eagle in scramble format lead the team to a 9-under 63. Roger King and Thomas Savoldy finished round one in second with a score of 69.

Fighting to erase a ten-stroke deficit, the team of Rob Bloom and Michael Mendoza carded a second round 65 to climb up the leaderboard. Mendoza, of Hollywood, posted an eagle on the first hole while Bloom, of Fort Myers, birdied holes 14 and 16 to finish three strokes behind in second place at 6-under 138. An even par second round for King, of Fernandina Beach, and Wilson, of Spring Hill, secured the win with a 9-under 135.

The team of Jerry Fleming and Dan Perez achieved the tournament low finish at 15-under 129. Two eagles on the front-nine and four birdies on the back-nine placed the team in first after round one with an 8-under 64. Paul DeLuca and Curtis Reichel followed close behind in second place after a round one 65.

Seven-under 65 in round two captured the win for Fleming, of Celebration, and Perez, of Riverview. Perez and Fleming had a back and forth round in Four-Ball format to claim first place by two-strokes. Gary Morris and Michael DiFrancesco beat their round one score of 66 by one stroke to advance to second place. The team finished at 13-under 131, while DeLuca and Reichel rounded out the top three with a 9-under 135 total.

Jack Gleason and Bobby Kilgore posted the tournament low round of 62 in scramble format to take the early lead by four strokes. Gleason, of Odessa, and Kilgore, of Tampa, finished round one with eight birdies and an eagle to lead at 10-under. Tom Weber and Brian Carroll, defending champions, would head into round two four-strokes back.

Despite a 1-over 73 in round two, Weber and Carroll could not catch Gleason and Kilgore at the top. A second round 76 and 6-under 138 total captured victory for Gleason and Kilgore. Four birdies from Carroll and Weber in Four-Ball format put the team in second place at 139. One-stroke separated each team in the top three. James Penney and Larry Green finished in third at 4-under 140.