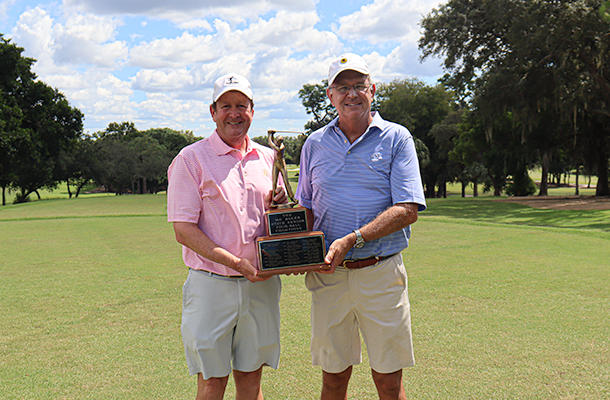 Whittemore and Williams began the championship with a first-round 64, the low round of the championship, to take a two-shot lead over the field on Tuesday. They posted seven birdies in the first round with Williams carding three-straight on Nos. 4-6.

The duo took home the wire-to-wire win with a 10-under 132 for the championship.

David Anthony and Bob Macmillan took home a runner-up finish with an 8-under 134, finishing the championship with two rounds of 67. Steve Horner and Michael Arasin finished third at 7-under 135, firing a final-round 65.