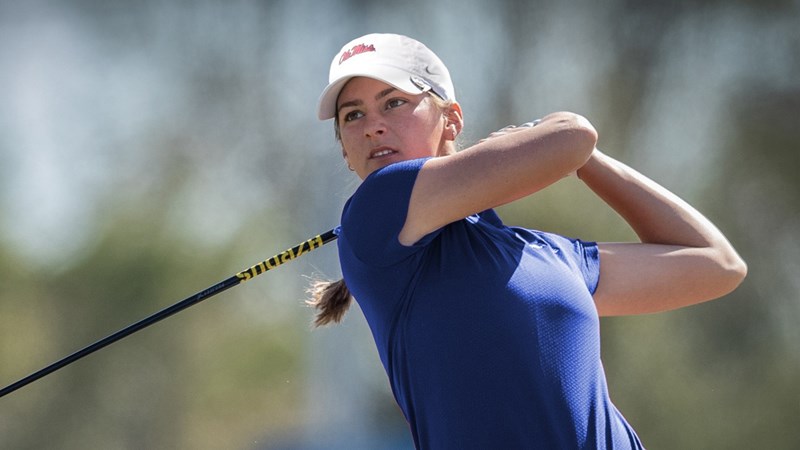 Three players sit at the top of the leaderboard after the first round of the Florida Women’s Open & Senior Open Championship. Elle Johnson and Elizbeth Moon took a share of the lead in the Open Division with a 3-under 68, while Tammie Green holds the lead in the Senior Division at 1-under 71.

In total, 156 players teed it up on Friday at Heritage Oak Golf & Country Club and Sarasota National Golf Club.

Johnson got the day started with a bogey-free front side, carding back-to-back birdies on the eighth and ninth. The 2022 Women’s Amateur Stroke Play championship rattled off three more birdies on Nos. 14-16 to post a 3-under 68.

Jean Rynolds and Mariel Galdiano sit in a tie for third at 2-under 69.

Green got the day started at Sarasota National with an even-par front side, carding two birdies. She added a birdie on her bogey-free back nine to finish the day at the top of leaderboard at 1-under 71. Jackie Gallagher-Smith sits in second at even-par 72, while four players are tied for third at 2-over 74, including the 2017 Senior Open champion, Barb Bunkowsky.

The second round of the Florida Women’s Open and Senior Open Championship will begin Saturday with a cut to low 48 and ties in the Open Division and low 15 and tied in the Senior Division following the second round.

“It was a slow start, I was just parring every hole. I birdied eight and nine, which helped get it going. After two bogeys on the back nine, I birdied three-straight which was a great way to end the day.” – Johnson on her first-round 68

“On my second nine, my ball striking got better and I started dropping some putts. I was able to create more opportunities and execute on them.” – Moon on her first-round 68

“I’m looking to do the same thing tomorrow at Sarasota National – make a lot, go as low as possible and just have a lot of fun.” – Galdiano on her mindset heading into the second round

Round 1 Results | Round 2 Pairings | Hole-By-Hole Scoring