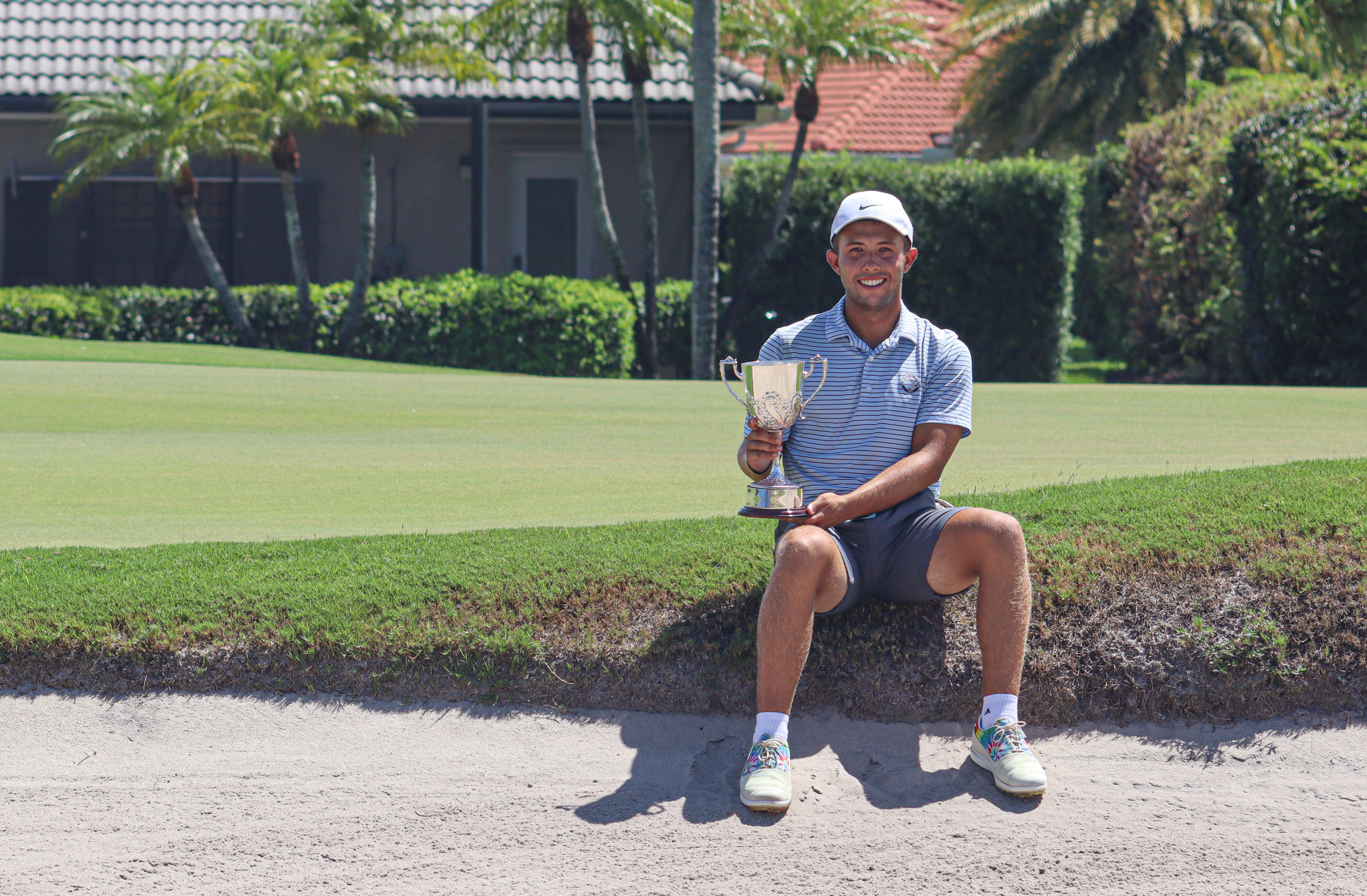 HOBE SOUND, Fla. – It was John Houchin who was left standing after four long days of golf at the 30th Amateur Match Play Championship at Hobe Sound Golf Club. Houchin defeated Joey Latowski, 5 and 4, in the Finals on Sunday.

The Amateur Match Play began with 64 players, who advanced to the championship through qualifying and exempt players, playing three matches in group play on Thursday and Friday. The 16 group winners advanced to the Round of 16 on Saturday, with single elimination match play to determine the champion.

Tough competitors advanced to the Round of 16, including the 2022 Mid-Amateur champion, Joey Latowski. Houchin advanced to the Quarterfinals, defeating the 2019 Boys’ Junior champion, Justin Ross, in 21 holes. Latowski and Scott Turner both earned 2-up wins to advance to the next round. Jonah Wasserstrom picked up a big win against Matt Lee, winning 5 and 3.

Houchin punched his ticket to the Semifinals with a win in 19 holes against Turner in what was probably the match of the weekend. Turner & Houchin combined for 12 birides in regulation and were tied. On the 19th hole, the par 5, 1st, Turner laid up while Houchin found the green in 2. Turner's pitch would nestle up to 3 feet, almost nearly guaranteeing a birdie, and Houchin would hole the 40 footer for eagle to advance. Andrew Clark picked up a 3-and-2 win against Christopher Anderson. Latowski used a 1-up win against Wasserstrom to advance, while Cooper Smith won, 4 and 3, against Jonah Leach to earn his spot in the Semifinals.

Sunday’s Semifinals saw both matches go at least 18 holes. Clark took a quick 2-up lead against Houchin, but Houchin made a quick comeback winning four of five holes on Nos. 5-9 to take a 2-up lead. Houchin held on to that lead winning 1 up to advance to the Finals.

After going 1 down against Smith, Latowski won back-to-back holes on the seventh and eighth to take a 1-up lead. The two went back and forth with Smith tying the match back up on the 16th. Latowski ended the match on the 20th hole to advance to the Finals.

In the Finals, Houchin took a quick lead over Latowski winning the first and third holes. Latowski got a hole back on the fifth, before Houchin won the seventh and eighth to extend his lead to 3 up. Houchin closed out the match, taking three-straight holes on Nos. 12-14, to capture the championship with a 5-and-4 win.