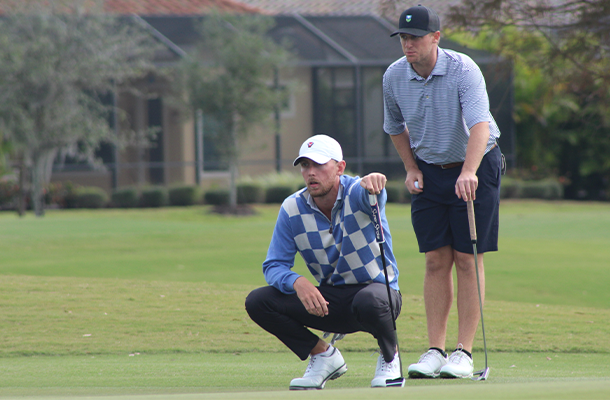 BIRMINGHAM, Ala. – Two-hundred and fifty-six of the best amateurs will travel to Alabama for the 2022 U.S Amateur Four-Ball Championship, hosted at the Country Club of Birmingham in Birmingham, Alabama, beginning Saturday.

The 128 teams of two will make the trip down south and will be looking to find themselves in the top 32 after the first two rounds of stroke play to qualify for match play. Within that field of 128 teams, we find 11 Floridians hoping to etch their place in history at the end of the week.

Here are some things to know about the Floridians in the field.

Marc Dull and Chip Brooke have a history of great play at the U.S. Amateur Four-Ball with arunner-up finish in 2018. Most recently, the duo advanced to Match Play at the 2021championship. Dull and Brooke have combined to win seven FSGA championships, including capturing the back-to-back titles at the Two-Man Scramble Championship in 2020 and 2021.

2020 Amateur champion, Dean Greyserman, is teaming up with his brother, Reed Greyserman, at this year’s championship. Both brothers will be competing in their first U.S. Four-Ball. Howeever they are no strangers to the stage as Dean will make his third USGA championship appearance and Reed his second.

Another team with strong showings in FSGA events that will be making the trip to Alabama is Will Davenport and Mike Smith. The duo teamed up to capture the 2020 and 2021 Foursomes Championship. Davenport and Smith will be teaming up in their second U.S. Four-Ball, after missing the cut at last year’s championship.

The teams of Toby Ragland and Jayce Barber will team up to compete in their first U.S. Four-Ball Championship. Both Florida natives, the duo posted a 64 at Lakewood National Golf Club to qualify.

Christian Vozza will team up with his former University of Michigan teammate, Matthew McLaughlin after qualifying with a 67 at the Country Club of Ocala. An Orlando resident, Vozza finished inside the top-20 at the 2016 Florida Open Championship and the 2020 Mid-Amateur Championship.