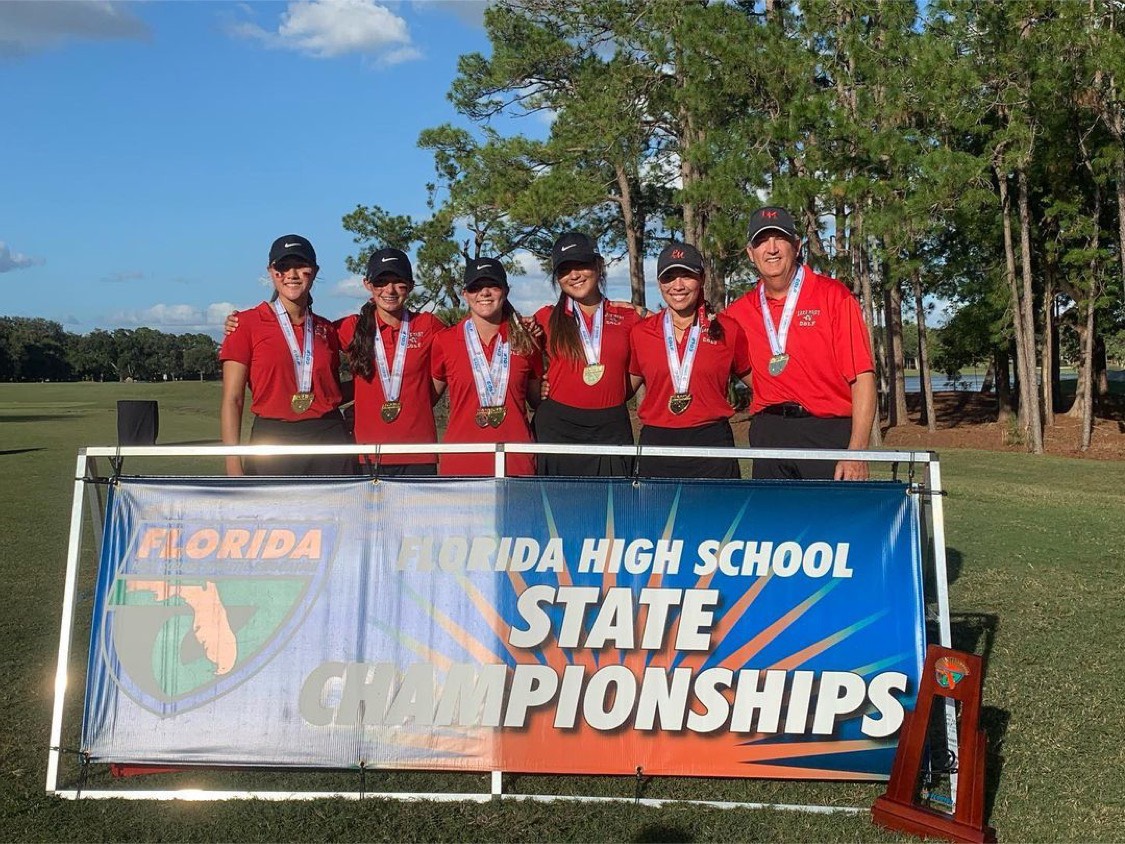 HOWEY-IN-THE-HILLS, Fla. – Mission Inn Resort & Club hosted the Florida High School Athletic Association Boys and Girls State Championships. Class 1A, 2A, and 3A players competed against each other in 36 holes of Stroke Play to determine the eventual Champions.

Saint Stephens Episcopal School found itself three shots back of Lake Mary Prep headed into the final round. With a second-day 287 (1-under par), it secured the Team State Championship for Class 1A in resounding fashion, finishing the tournament with 590 strokes. Saint Stephens finished 11-shots lower than the second-place team, Lake Mary Prep, who secured silver with 601 total strokes. The third-place finisher team was Circle Christian, who shot rounds of 309-299 for 608 strokes for the tournament.

Saint Stephens also had quite the showing individually. Alex Long posted rounds of 74-68 to finish with a 2-under par 142 and the Individual State Championship. His brother, Beni Long, carded 75-68 to finish a -shot behind at 1-under 143. Another Saint Stephens teammate, Leo Li, tied Beni Long with a 1-under 143, shooting 70-73 to tie for second-place. Barry Zhang, from Lake Mary Prep, came in at fourth-place with a 71-73, finishing the tournament at even-par 144.

Individually, Benjamin's Andie Smith shot a pair of 69s to win the Girls 1A State Championship at 6-under par (138). Two shots back, in second-place, was Katelyn Huber, who carded 75-65, finishing the tournament with a 4-under 140. Three girls finished in third-place, all carding 3-under par 141. Bridget Ma from First Academy went 72-69, Amelie Alcantara of Saint Andrews posted 68-73, and Gloria Nip of Sagemont shot the same as Alcantara, 68-73.

Individually, Luke Clanton, of American Heritage (Broward), brought home the 1A Boys State Championship. Clanton shot an even-par 72 and followed that with a final-round 69 to finish the championship with a 3-under par 141. Two Tampa Jesuit products took home second and third-place. Carter Dill shot 69-77, 146, to come in second-place individually, while Andrew Siffert finished a stroke higher, 77-70, 147.

The American Heritage (Broward) Girls team completed the sweep, winning the school's second State Championship of the weekend, carding rounds of 324-311, 635 total strokes. Fernandina Beach took second, posting a 318-331, 649 total. In third was Archbishop McCarthy, who had rounds of 340-336, for 676 overall strokes.

On the individual side, Sabree Lefevbre of Spoto carded a 3-under par 69-72 (141) to win the 2A Girls State Championship. Three strokes behind her was Alexandra Gazzoli of Matanzas, whose rounds of 74-70 (144) secured her a second-place finish. Amelia Cobb of Seabreeze finished in third-place, posting a pair of 73s (146).

Parker Bell, of Chiles, ran away with the 3A Boys Individual State Championship. Bell finished 7-under par, posting 68-69 (137). 10 shots behind him were the second-place finishers, Nashawn Tyson of South Fork and Noah Kent of Gulf Coast. Tyson shot 73-74 (147) finishing the tournament 3-over par. Kent shot 75-72, matching Tyson's second-place finish.

Izzy Pellot, of Lake Mary, won the 3A Girls Individual State Championship in commanding fashion as well. Pellot carded an 8-under par 64 on the first day and followed that with a 1-under par 71, finishing with 135 total strokes (-9). Haley Davis, of Forest, secured second-place, shooting 69-72, 6 shots back of Pellot. In third-place was Lake Mary's Ryleigh Knaub. Knaub shot a pair of 72s, finishing the championship at even-par.