Florida will take on Alabama and Georgia in the 18th Southeastern Challenge Match on Oct. 15-17. 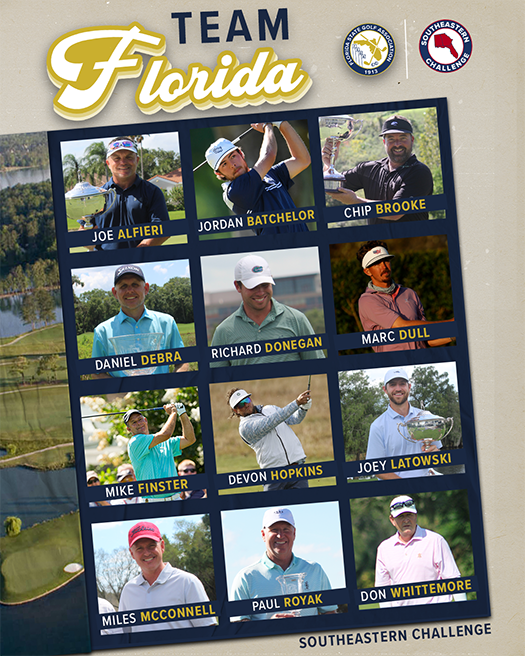 TAMPA, Fla. – The 12-player roster for the Florida Team for the 18th Southeastern Challenge Match is set. Eight amateurs and four senior amateurs were selected on Friday to represent the state of Florida. The team will meet Alabama and Georgia at Willow Point Golf & Country Club in Alexander City, Ala. on October 15-17.

The Southeastern Challenge is a tri-state biennial competition between Florida, Georgia and Alabama. The Match is played over two days with four-ball, foursome and three-ball matches. Florida holds the most overall team victories with eight, while Georgia holds seven and one for Alabama.

The men’s Southeast Challenge Match debuted at Lake Nona Golf Club in Orlando, Florida, in 1989 as an event intended to promote goodwill and competition between the best amateur players, playing as a team, from Florida, Georgia and Alabama.