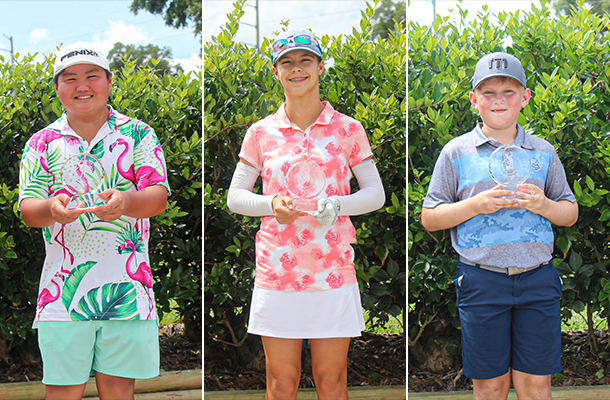 Tsai earned his second FJT victory of the season, finishing the weekend at 1-under 139. The Michigan native began the weekend with a 2-over 72 to sit one shot back of the first-round leader, Christian Koehn.

Beginning the final round with a birdie on the third, Tsai made the turn at 2 under. He carded a bogey-free back nine to secure the win with a final-round 67. He was the lone player in the field to finish the weekend under par.

Meerdink secured her first FJT victory on Sunday, taking home the 10-shot win with a 7-over 147. She started the weekend with a first -round 77 to take a four-shot lead over the field.

The Tampa native started the final round with a 1-over first nine. She kept it going on her second nine with an eagle on the par-5 fourth hole, capturing the win with a final-round 70. Her final-round 70 was the low round of the weekend.

Westbroek went wire-to-wire to capture his first FJT win, taking home the one-shot victory at 9-over 149. He began the tournament with a first-round 74 to take a one-shot lead over the field.