ORLANDO, Fla. – Over 400 competitors made their way to Orlando this weekend for the annual Parent-Child Championship. The 18-hole championship took place at Celebration Golf Club, ChampionsGate Golf Resort and Reunion Resort, while the 9-hole championship was played at the Walt Disney World Golf. 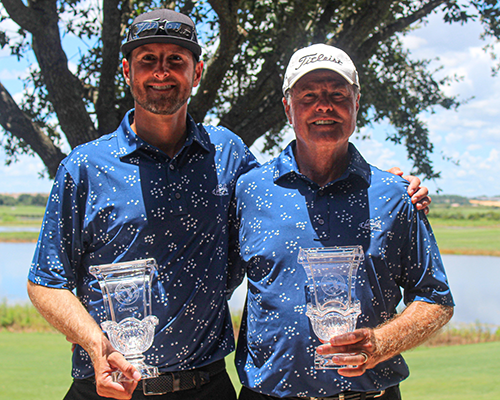 Leonard and Len Schonfeld raised the trophy in the 32 and Over Division for the second-straight year with an 8-under 136 . The duo posted a 6-under 66 in the first round, with five birdies and an eagle. They secured the five-shot victory with a 2-under 70, one of only two teams to shot two rounds under par. Gary and Andrew Saft took home second place with a 3-under 141, while John and Gary Pettit finished third at even-par 144. 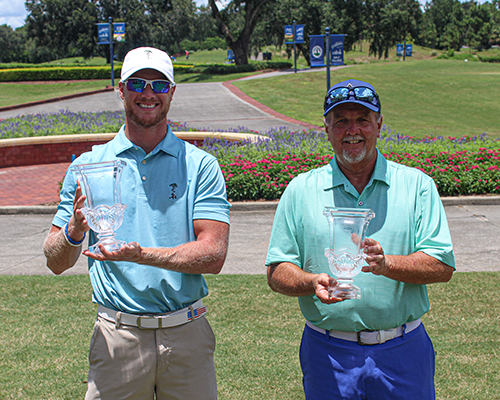 Kenny and Colton Godwin came out on top in the 22-31 Division with a 8-under 136. The pair posted a 3-under 69 in the first round, to sit in a tie for second. They secured the championship with a bogey-free 67 in the final round, with five birdies, to take home the one-shot win. Jeff and Nick Neugebauer finished third at 7-under 137. The teams of Giles and Brandon Meyer and Chad and Chase Ibbotson finished in a tie for third at 6-under 138. 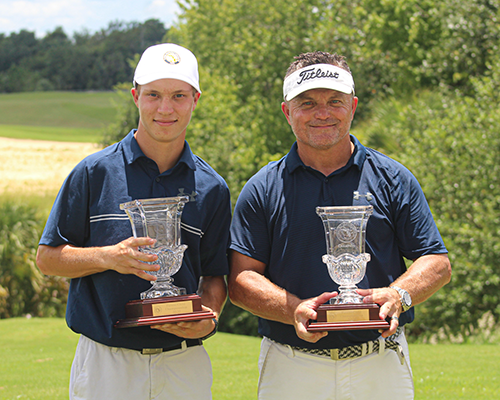 Joe and Cade Alfieri were crowned champions at the Parent-Child, winning the 16-21 Division with an 16-under 128. The team finished the weekend bogey-free to capture the five-shot victory. They carded a birdie and an eagle on the front nine and finished the day with birdies on three of the final four holes. Two teams finished in a tie for second place at 11-under 133: Michael and James Bradley and Brent and Camden Smith. Justin and Steven Ross finished in third place with 7-under 137 for the championship. 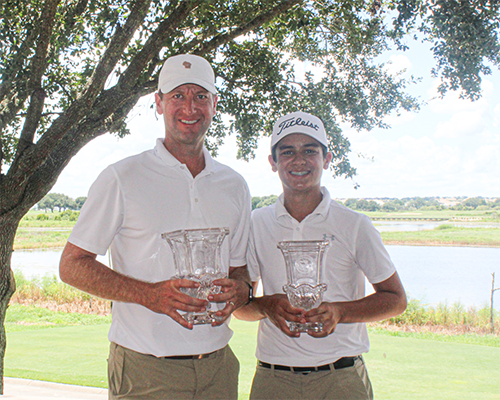 Ryan and Tim Miller used a 8-under 134 to capture the 15 and Younger Division. The pair began the round with a bogey-free front nine, carding five birdies. The Miller team birdied the final two holes of the championship to shot a final-round 67 to take the four-shot win. Palmer and Joe Haynes finished second at 4-under 140, while last year's champion, Carson and Clayton Brewer finished third at 1-under 143

The nine-hole parent-child tournament was played at the Oak Trail course at Walt Disney World Golf. Using a stableford scoring method, the three divisions, 6-7, 8-9, and 10-12, competed in nine holes each day. 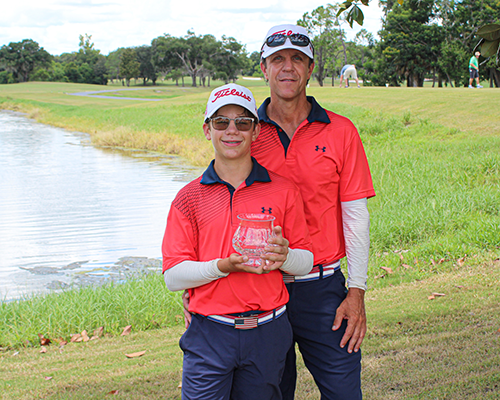 David and Trevor Challice captured the 10-12 Division with 59 total points. The duo carded two birdies and an eagle in the final round to secure the championship by one point.  DJ and CJ Holland finished in second place with 58 points, while Wade and Luke Gossett took third place with 57 points. 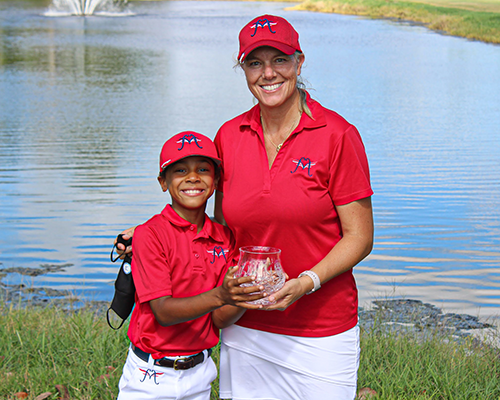 Axel Monssoh and Marie Arnoux used an impressive 62 points to win the 8-9 Division. Securing the victory with two rounds of 31, the pair posted four birdies in the final round to finish eight points ahead of the field. Monssoh and Arnoux finished the weekend bogey-free to capture their second-straight Parent-Child victory, after winning the 6-7 Division last year. Jack and Andy Green finished second with 28 points, while Chris and Nicholas Cona took third place with 50 points. 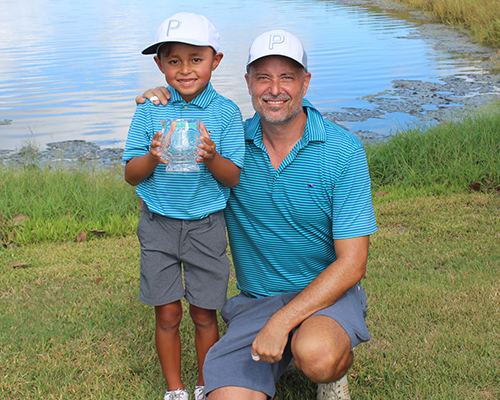 Matthew and Oliver Laverghetta were victorious in the 6-7 Division, finishing the championship with 49 points. The team was in second place after following the first round, two point back of the leaders. They carded two birdies on Sunday to claim the victory by one point. Thomas and Alden Cook finished in second place with 48 points and Jason and Zachary Netz took home third place with 44 points.